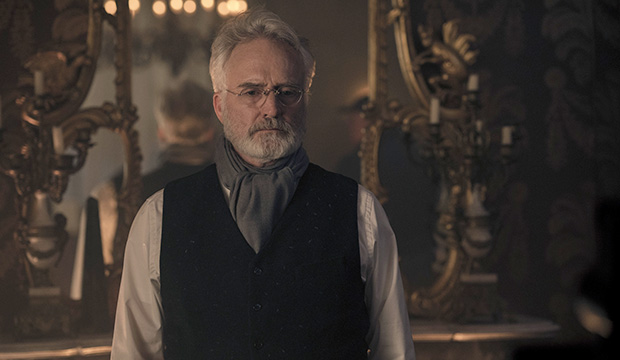 Bradley Whitford is truly the guest of honor at the Emmys. He took home the Best Drama Guest Actor prize at Sunday’s Creative Arts ceremony, becoming the first person to win both comedy and drama guest actor categories.

The odds-on favorite, Whitford — who beat out defending champ Ron Cephas Jones (“This Is Us”), Michael Angarano (“This Is Us”), Michael McKean (“Better Call Saul”), Kumail Nanjiani (“The Twilight Zone”) and Glynn Turman (“How to Get Away with Murder”), previously won Best Comedy Guest Actor in 2015 for “Transparent.” He also has a drama supporting actor statuette for “The West Wing” from 2001.

With his bid for “Handmaid’s,” Whitford joined five other men with nominations in both male guest categories, which were established in 1989 (prior to this, the guest awards weren’t genre specific until 1986, when the Emmys gave out gender-neutral “guest performer” statuettes in drama and comedy for three years). None of the first five were able to win in both:

Whitford had been overwhelming favorite to claim the award ever since Hulu entertained its three orphaned episodes from last season, during which his character, Commander Joseph Lawrence, was introduced (his submission was his first episode, “Postpartum”). The actor was upgraded to a series regular for the third season, which debuted during Emmy voting, giving him another advantage.

Whitford’s victory also marks the first time a male star has won for “Handmaid’s,” which has claimed an Emmy every year for a female performer so far: Elisabeth Moss (lead) Ann Dowd (supporting) and Alexis Bledel (guest) in 2017, and Samira Wiley (guest) last year.