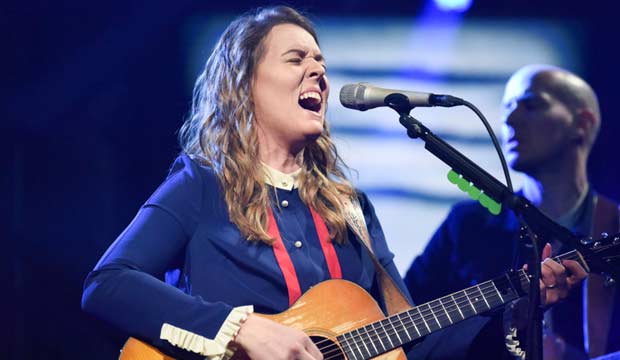 Brandi Carlile seemed to come out of nowhere when she earned six Grammy nominations this year, including Album of the Year for her sixth studio album, “By the Way, I Forgive You.” Before that she had only ever been nominated once in her entire career, and never in the top four general field categories. Could she surprise us again by winning? Two other Americana albums have won in the last 10 years alone, so our top users warn us to watch out.

Carlile ranks sixth in our overall Album of the Year predictions, which are based on the combined forecasts of thousands of Gold Derby users. She gets 8/1 odds. But our Top 24 Users, who got the highest scores predicting last year’s Grammy winners, think we’re drastically underestimating her. Five of them say she’ll win Album of the Year, which places her third in their forecasts behind front-runner Kacey Musgraves for “Golden Hour” and the “Black Panther” soundtrack. So why might they be so much more confident about her than the rest of our users?

For starters, those six Grammy nominations she earned made her the third most nominated artist of the year, and the most nominated woman. She’s behind only rappers Kendrick Lamar (eight) and Drake (seven), and as we’ve previously noted the recording academy has been notoriously stingy to hip-hop artists in the general field. The Grammys have taken strides to improve their diversity, but it remains to be seen how drastically that will affect this particular horse race.

And the Grammys have embraced Americana before. In 2009 Robert Plant and Alison Krauss won Album of the Year for their Americana collaboration “Raising Sand.” Then in 2013 the Grammys gave top honors to Mumford and Sons‘ Americana effort “Babel.” Similarly, Carlile’s album might appeal to a broad coalition of voters from pop, rock, folk and country genres, so she could potentially receive more cross-sectional support than any other nominee. In such a wide-open race with eight contenders, that could be the key to victory.