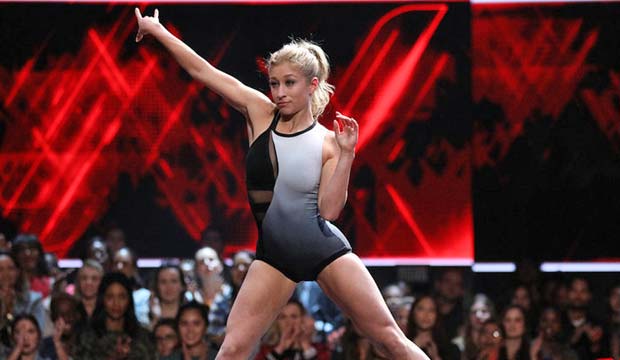 Fans don’t get a vote on “World of Dance,” the NBC competition series that is pre-recorded and decided only by the trio of judges: Jennifer Lopez, Derek Hough and Ne-Yo. But if they did get a vote, I have a feeling Briar Nolet would be hard to beat. After she performed during the Qualifiers, she was the overwhelming favorite of the readers we polled. And she was even more dominant in our poll following the Duels, even though she barely made it to the next round. So why haven’t the judges’ scores kept up with the audience response? Scroll down for our poll results at the bottom of this post.

The 10 qualifying acts from the Upper Division (age 18 and over, with up to four members) performed against each other during the Duels. Nolet lost her head-to-head battle to Korean Latin/street fusion duo All Ready, but she received such a high score that the judges gave her a chance to redeem herself. She danced against fellow high-scoring losers Denise and Josh, and she danced with such urgency that she practically burned a hole in the stage. The judges ruled in her favor and put her through to the next round.

But when we asked our readers who gave the best performance on the night of the Duels, it wasn’t even close. Out of more than a thousand respondents, a resounding 61% of readers picked Nolet as the best of the night. How big a landslide was that? Our readers’ second favorite dancer was Poppin John with 7% of the vote. But now that the judges have seen her tenacity on the show three times, maybe they’re starting to catch on to what our readers have seen in Nolet from the beginning. 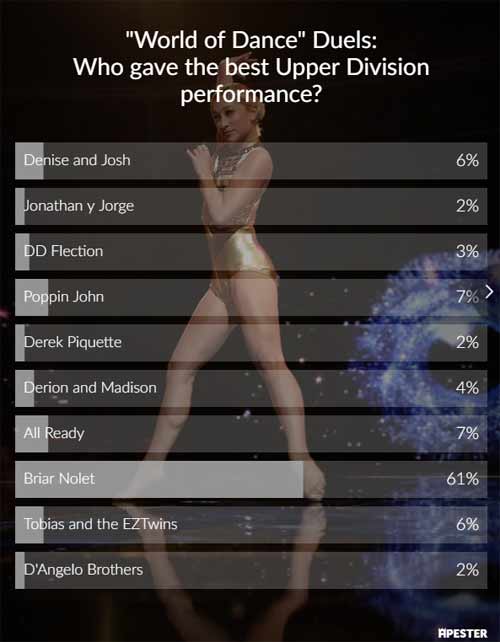