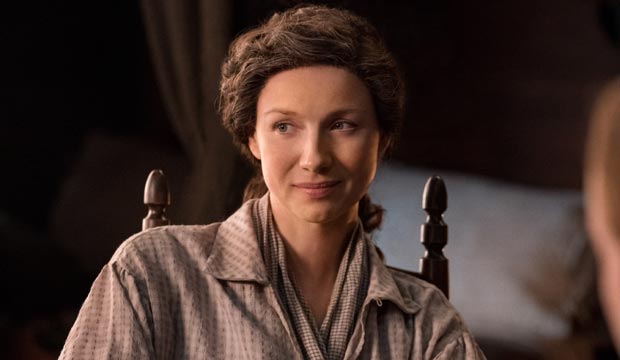 “Outlander” has been an Emmy underdog for most of its run thus far, and that hasn’t changed this season. But is there hope for an overdue Best Drama Actress nomination for leading lady Caitriona Balfe? The door is open this year, wider than it’s ever been, and one of our Top 24 Users is keeping hope alive that Balfe will finally be able to walk through it.

Our Top 24 Users are the Gold Derby readers who got the highest scores predicting last year’s Emmy nominations. That was out of more than 3,000 readers total who made their Emmy predictions, which means they were smarter than more than 99% of their fellow awards pundits. Because they proved their mettle in last year’s Emmy gauntlet, it’s always wise to take their forecasts seriously, especially when they’re going against the grain, as user lovelylovely is by predicting Balfe as a Best Drama Actress nominee.

And this might be as good a chance as any for Balfe since the Best Drama Actress field is due for a drastic overhaul. Of last year’s six nominees in the category, only one is eligible to return (Sandra Oh for “Killing Eve”). All the others are out. “Westworld” (Evan Rachel Wood) and “The Handmaid’s Tale” (Elisabeth Moss) are on extended hiatus, so they’re out for the season. “The Crown” (Claire Foy) is on extended hiatus and Foy ended her run on the show, so she’s gone too. And “The Americans” (Keri Russell) and “Orphan Black” (Tatiana Maslany) both concluded last season.

So who will fill all those gaps? The combined odds of all of our Gold Derby users as of this writing indicate that Jodie Comer will join her “Killing Eve” co-star Oh in the lineup. Emmy darling Laura Linney (“Ozark”) appears likely, especially since she has won four Emmys out of five nominations to date. Past nominee Robin Wright (“House of Cards”) may return for her last season on the Netflix political drama. The television academy may not be able to resist Oscar-winning superstar Julia Roberts (“Homecoming”). And Emilia Clarke (“Game of Thrones”) may finally get an Emmy promotion to the lead race. And don’t count out Christine Baranski (“The Good Fight”) who could be nominated for the same role that earned her six supporting nominations for “The Good Wife.”

But most of those actors (all except Wright and Roberts) were eligible last year and missed the cut, so there’s no guarantee they’ll make it in this time around. Meanwhile, Balfe has been a perennial nominee at the Golden Globes, where she has contended for the last four years in a row, including this past January. That keeps her on the radar, perhaps enough to be remembered by the Emmys. It wouldn’t be the first time these awards were late to the party. The aforementioned Maslany didn’t get her first Emmy nom until season three of “Orphan Black” (then she won for season four) and like “Outlander” that was a sci-fi series with a passionate cult following. Maybe now’s the time for the Emmys to join that cult.