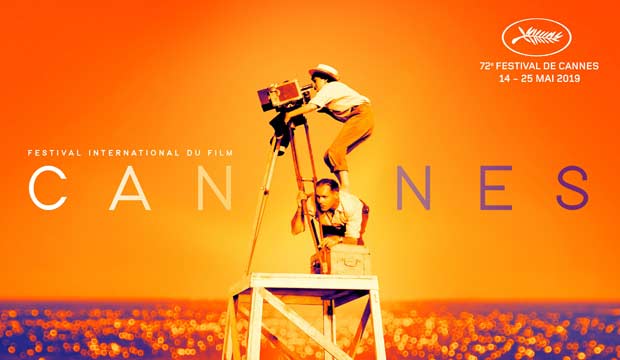 The 2019 Cannes Film Festival announced its official lineup of films on Thursday, April 18. The 72nd annual event is one of the most prestigious showcases for films from around the world, and this year’s selections include familiar festival names like Terrence Malick, Pedro Almodovar, Ken Loach and the Dardenne brothers. But what about women? Last year, 82 women, including Cannes jury president Cate Blanchett, protested the fest’s gender inequality. Women are better represented in 2019, but is it enough? Scroll down for the full list of titles.

There are 13 films from female directors scheduled for the festival, but only four out of the 19 films in competition for the Palme d’Or (21%) are by women: “Atlantics” by Mati Diop, “Little Joe” by Jessica Hausner, “Portrait of a Young Lady on Fire” by Celine Sciamma and “Sibyl” by Justine Triet. Despite making up less than a quarter of the competition, that actually ties the festival’s 2011 record for the most women up for the top prize.

That’s still better than the Oscars, though. This year, none of the Best Picture nominees were helmed by women, and there were no female nominees up for Best Director. Clearly there’s still a long way to go before the industry at large achieves anything close to gender parity.

But American films will be well represented on the Croissette. The only two US films in competition are Malick’s “A Hidden Life” and Jim Jarmusch‘s “The Dead Don’t Die,” the latter of which will open the festival on May 14. But other American productions will be screened, including “Tommaso” by Abel Ferrara, “Too Old to Die Young” by Nicolas Winding Refn and “Port Authority” by Danielle Lessovitz.

Might we see future Oscar contenders among this slate of films? Maybe, but maybe not. Though the summer/fall festivals like Toronto, Venice and Telluride are usually awards season launchpads, there’s less overlap between the Cannes winners and the Academy Awards. In the 21st century so far, only three Palme d’Or winners have also been nominated for Best Picture at the Oscars: “The Pianist” (2002), “The Tree of Life” (2011) and “Amour” (2012).

But there will be an Oscar winner deciding who takes top honors at this year’s fest: Alejandro Gonzalez Inarritu (“Birdman,” “The Revenant”) will be this year’s jury president. The event will run from May 14 to May 25. Who do you think this year’s top contenders are? Check out the list below.

“The Gangster, the Cop, the Devil” (Lee Won-Tae)