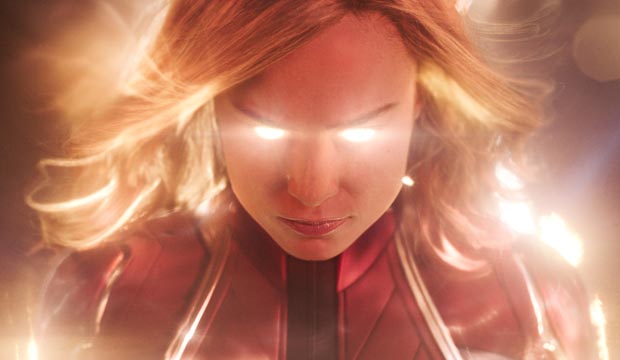 Sexist online trolls can try to tank the Rotten Tomatoes rating for “Captain Marvel” all they like, but they can’t subtract zeroes from the blockbuster’s box office haul. After just 10 days in release the film has already accumulated three-quarters of a billion dollars worldwide. Will it cross that billion-dollar mark soon? And if so, when?

In its second weekend of release “Captain Marvel” starring Brie Larson took in another $69 million domestically, bringing its total on these shores to $266 million. Including the nearly half-billion the film has racked up abroad, the film has now reached a global total of $760 million. If and when it gets to $1 billion dollars, it will join a elite class of movies that have crossed that momentous mark. Well, it’s a little less elite than it used to be; as of this writing 37 films have crossed that threshold around the globe, and all but a handful of those were released in the last 15 years.

Of those movies, only 10 are superhero films:

SEE‘Captain Marvel’ reviews: Do critics think it ‘rises to the occasion’ of its sky-high expectations?

And of those, six are from the Marvel Cinematic Universe, and only three are solo adventures: “Iron Man 3” (2013), “Captain America: Civil War” (2016) and “Black Panther” (2018). And let’s be honest, “Civil War” had so many superheroes in it (including Iron Man and Black Panther) that it was really a de facto “Avengers” movie. So a billion dollars for “Captain Marvel” really would be momentous, even more so because it would be the first superhero movie from any source to make that much money as the first on-screen appearance for a new hero.