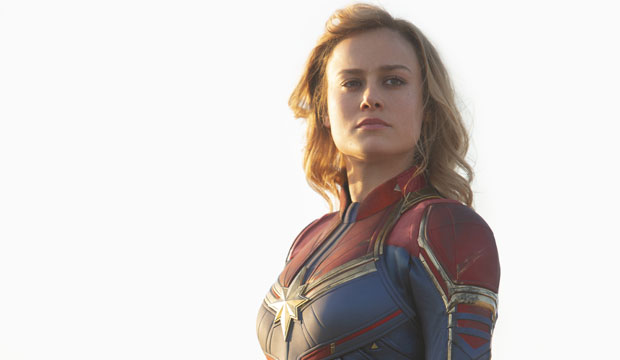 “Captain Marvel” opened on March 8 with pressure on its shoulders disproportionate to the fact that it’s the 21st movie in the Marvel Cinematic Universe. That’s because it’s the prelude to a much bigger adventure — “Avengers: Endgame,” which opens in less than two months — and of course also because it’s the first MCU movie to centrally focus on a female hero. Like “Wonder Woman” before it, all eyes are on critical notices and box office receipts, as if one film (or even two) could or should be used to measure the validity of making superhero movies about women.

And in that special way that mostly tends to befall movies that uplift women (see also: “Ghostbusters,” “Star Wars: The Last Jedi“), “Captain Marvel” already had fanboys with their knives out in a campaign to tank the film’s Rotten Tomatoes audience rating — before anyone had seen it. The review aggregator decided to shut down pre-release ratings as a result of the film’s backlash — or pre-lash, as it were. But that doesn’t reflect what the critics themselves had to say.

And the verdict from critics is … they like it. They don’t love it, but they like it. On MetaCritic it has a score of 65 based on 51 reviews as of this writing: 30 positive, 20 somewhat mixed, and only 1 downright negative. And the haters couldn’t get it down on RT either, at least not its official score; it’s certified fresh with 82% of critics giving it their seal of approval with 246 reviews counted. The RT Tomatometer is pass/fail, while MC is based on a sliding scale of like and dislike, which indicates that while most reviewers give it a thumbs up, they’re more inclined to give it a B than an A.

Set in the 1990s, the film stars Oscar winner Brie Larson (“Room”) as the mysterious title hero who gets caught in a galactic war between two alien races. It’s directed by Anna Boden and Ryan Fleck, who are better known for their work on indies like “Half Nelson” (2006), “Sugar” (2008) and “Mississippi Grind” (2015). Boden also makes this the first MCU movie directed by a woman. Check out some of the reviews below, and discuss this and more with your fellow movie fans in our forums.

Shana O’Neil (The Verge): “It rises to the occasion with strong performances and with its directors’ willingness to slow down and take their story seriously, balancing humor, action, and exposition in a carefully calibrated package … Ultimately, ‘Captain Marvel’ gets its many jobs done, and it looks pretty good doing it. As a first-shot representation movie, it isn’t as game-changing as ‘Black Panther,’ and it isn’t as adventurous as ‘Thor: Ragnarok.’ But it does deliver the girl-power narrative the MCU needed on a level to rival ‘Wonder Woman.'”

April Wolfe (The Wrap): “‘Captain Marvel,’ the first Marvel adaptation both to star a woman and to be co-directed by a woman, is an obvious, crude, and transparent film. And it’s also quite enjoyable and evocative — most of the time. Anna Boden and Ryan Fleck’s take on the Carol Danvers origin story jettisons subtlety in its messaging of female empowerment and anti-imperialism to varying degrees of success.”

Christy Lemire (RogerEbert.com): “It’s fine and often quite funny. It fits securely within the MCU but also functions sufficiently as a stand-alone entity. But the character, and the tremendous actress playing her in Oscar-winner Brie Larson, deserved more than fine. They — and the girls and women everywhere looking to ‘Captain Marvel’ with wide eyes and high hopes for seeing themselves on screen — deserved a game-changer along the lines of ‘Black Panther’ or even ‘Guardians of the Galaxy’ or ‘Doctor Strange.'”

Dana Stevens (Slate): “Like Superman, Captain Marvel is arguably too physically powerful and morally pure to be all that interesting a character, but Larson plays her with a frank, tomboyish physicality that’s appealing … From what we’ve seen of her so far, Captain Marvel may not be the most complex or finely shaded of the MCU protagonists. But given that she’s the first woman to be charged with the duty of saving this cinematic universe, I for one totally support her avenging.”