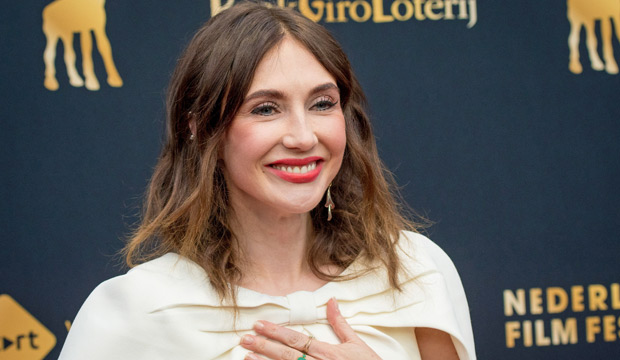 While the nominations for the 2020 Oscars are still two months away, the race for Best International Feature Film (formerly Best Foreign Language Film) is quietly heating up. And in a year with a record number of female-directed submissions, the Netherlands’ “Instinct,” directed by Halina Reijn (“Valkyrie”), is contributing some provocative flair. After keeping winter at bay as Melisandre in HBO’s TV hit “Game of Thrones,” Carice van Houten stars in Reijn’s directorial debut as Nicoline, a highly experienced psychotherapist who starts a new job at a penal institution. At the center of the storyline is her complicated relationship with one of her patients, Idris (Marwan Kenzari), a serial sex offender who is on the verge of completing his rehabilitative treatment.

In the midst of the #MeToo movement, “Instinct” provides a much-needed exploration of the grey areas in wider discourses around power dynamics and sexual desire. This is in keeping with van Houten and Reijn’s recently established production company Man Up, which aims to use the medium of film and television to draw attention to complex, underrepresented female stories. Particularly playing to the movie’s many strengths are the raw but powerful performances by van Houten and Kenzari, who bring the complicated nature of this constantly changing power play to life.

Before its Dutch release on October 3, the movie had a successful festival run, nabbing the Variety Piazza Grande Award at the Locarno Film Festival, and screening at the London, Netherlands and Toronto International Film Festivals. Transferring this buzz into a successful international theatrical run and subsequent awards recognition, however, remains in the balance. With that said, the Netherlands has pedigree in this Oscar category, winning for “The Assault” (1986), “Antonia’s Line” (1995) and “Character” (1997), plus receiving nominations for “The Village on the River” (1958), “Turkish Delight” (1973), “Zus & Zo” (2001) and “Twin Sisters” (2002).

SEEWill Peter Dinklage (‘Game of Thrones’) become only 2nd actor in 25 years to pull off this rare feat at SAG Awards?

Also worth noting, van Houten (“Black Book,” 2006), Kenzari (“Accused,” 2014) and Reijn (“Zus & Zo,” 2001) have all previously starred in films that have made the Best International Film shortlists, which could be a bellwether of success for “Instinct.” And hey, with van Houten fresh off her Best Drama Guest Actress Emmy nom for “Game of Thrones” and Kenzari off his role as Jafar in this year’s “Aladdin,” the acting duo might be able to further bring attention to this movie.

Critic Boyd von Hoeij (The Hollywood Reporter) writes on conversations between Nicolette and Idris as taking place “in a perfectly nondescript penitentiary meeting room,” finding that they “play to the [film’s] strengths, as van Houten and Kenzari manage to do a lot with very little in terms of action or dialogue.”

Norman Wilner (NOW Magazine) comments on Reijn’s assured directing, remarking that “stepping behind the camera after decades in front of it… Reijn has made a movie that’s very much about performance: as her characters maneuver around one another in a series of loaded conversations, the camera relishes van Houten’s every frown and Kenzari’s every ambiguous smile.”