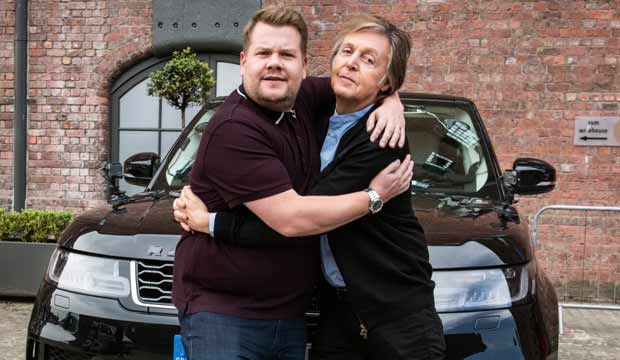 “Carpool Karaoke: When Corden Met McCartney” pulled off an upset at the Creative Arts Emmys on September 14 by winning Best Variety Special (Pre-Recorded). Though perhaps that shouldn’t have been such a surprise since this is the third win in four years for James Corden‘s automotive musical in which he drives around with singing celebs while performing their tunes together. It previously won this award in 2016 and 2017. Check out the complete list of Creative Arts winners here.

Corden has now won nine Emmys in just the four years since his “Late Late Show” premiered in 2015, and this time he was perhaps helped by his rivals splitting the vote. He was up against two music films by Grammy-winning superstars (“Homecoming: A Film by Beyonce” and “Springsteen on Broadway”), as well as two stand-up specials (“Hannah Gadsby: Nanette” and “Wanda Sykes: Not Normal”). Perhaps music fans were divided between the first two and comedy aficionados were split between the latter two, opening the door for another win for the spin-off of Corden’s late-night talk show.

But this was an incredibly crowded field of A-list contenders. “Homecoming” was Beyonce‘s music documentary which focused on her lauded Coachella concert in 2018. Queen Bey was also nominated for writing, directing and music direction for that Netflix event, but lost every category. “Springsteen on Broadway” took Bruce Springsteen‘s show from the Great White Way to the Great Byte Way: it also streamed on Netflix.

And there were two Netflix comedy specials in the running. “Nanette” featured Emmy rookie Hannah Gadsby performing a bold set in which she pivoted from traditional jokes to a sincere and powerful exploration of comedy, identity and trauma. “Not Normal” was from Emmy darling Wanda Sykes, who has been perennially nominated over the years for her writing, producing and acting. She previously won Best Variety Writing for “The Chris Rock Show” in 1999.