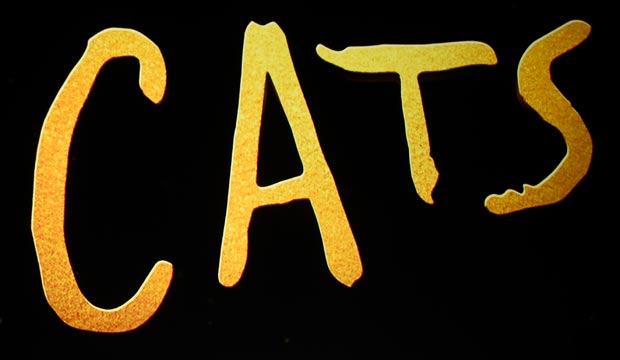 You might have noticed that tune-filled movies of late seem to be in vogue ever since last year’s remake of “A Star Is Born” drew acclaim and the Freddie Mercury biopic “Bohemian Rhapsody” overcame critical boos and turned into a worldwide box-office sensation as well as an Oscar magnet.

But what about more traditional musicals, the lavish kind that were in vogue in the ’60s when 1965’s “The Sound of Music” was the equal of “Avengers: Endgame.” The time appears ripe for an adaptation of a much-loved Broadway classic to become the first traditional movie musical since 2002’s “Chicago” to take home Oscar’s most coveted prize. “La La Land” came close in 2016, but it was strictly a cinematic toe-tapping confection and not borrowed from the Great White Way.

In other words, what about “Cats,” an all-star adaptation of Andrew Lloyd Webber‘s record-breaker  from 1981 that slinks into theaters on Dec. 20? Given that nearly the same team of filmmakers from the last stage musical adaptation to be nominated for Best Picture — namely, 2012’s “Les Miserables” — is responsible for the big-screen feline songfest, its outlook looks rather purr-fect.

“Les Mis” director Tom Hooper (“The King’s Speech”)  learned the ropes of shooting a sung-through musical with a A-list line-up of performers including Hugh Jackman, Russell Crowe, Eddie Redmayne, Amanda Seyfried, Helena Bonham Carter and Sacha Baron Cohen, who all belted their numbers live on camera. That technique added emotional fireworks to the well-known show-stopper ballad, “I Dreamed a Dream,” which helped earn Anne Hathaway a supporting Oscar as the much-abused factory worker Fantine. The actress even underwent a hack-job onscreen haircut as she wailed away about “times gone by.” The movie was nominated for eight Oscars total and won three, including Best Makeup and Hairstyling and Best Sound Mixing, and took in $440 million at the box office worldwide.

Hooper once again has rounded up an ensemble that will likely have appeal for every movie-going demographic around the globe. The whisker-twitching troupe includes Taylor Swift as Bombalurina,  James Corden as Bustopher Jones, Rebel Wilson as Jennyanydots, Idris Elba as Macavity, Ian McKellen as Gus the Theatre Cat and Judi Dench as Old Deuteronomy. As for who sings the show’s sob-along anthem, “Memory,” that honor is given to Jennifer Hudson as Grizabella the Glamour Cat who is shunned by the other felines in the Jellicle tribe. Could she claim another trophy to go with her “Dreamgirls” supporting win? Another bonus is Oscar-nominated screenwriter Lee Hall (“Billy Elliot,” “Rocketman”), an expert at blending storytelling and musical sequences, who adapted the play with Hooper.

Both “Les Mis” and “Cats” were spawned from literary sources, Victor Hugo‘s 1862 French novel about a Paris uprising and T.S. Eliot‘s “Old Possum’s Book of Practical Cats,” respectively. There will be a new song, supposedly performed by Victoria, the graceful white dancing cat played by English ballerina Francesca Hayward.

Among the first cast members to spill the milk on “Cats” is Elba, who has an interview in the current “Vanity Fair.” His Macavity is a charismatic bad guy — something that the actor who played Stringer Bell on TV’s “The Wire” would know about. The actor and Hooper thought about Jack Nicholson as being his role model as a comedic mischief maker. He says about his character: “The myth is cats have nine lives, and he has one left. So he is desperate to be acknowledged, and he’s slightly unhinged. … The character has complexities.” The tomcat also has to sing, dance and meow as well.

No photos or teaser trailer exist yet. But below is a brief video of Hudson treating the crowd at this year’s CinemaCon with a resounding rendition of “Memory.”