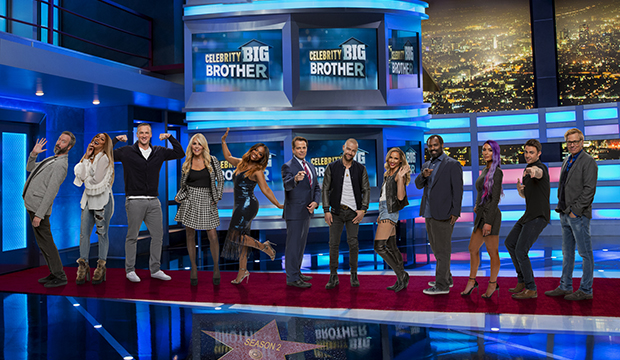 Not only will the “Celebrity Big Brother” winner be crowned live on Wednesday’s two-hour finale, but America’s Favorite Player will be as well. Voting for AFP has closed, but if our readers had their druthers, they’d give the $25,000 to Tom Green.

Tom received 30 percent of the vote in a recent poll, and it wasn’t even close. But he likely will be one of the top three vote-getters for real. He lasted until the double eviction, was a comp beast, had a bromance with Kato Kaelin, and provided ample content for live feeders in the dead of the night while everyone else in the house was snoozing. It would also be a nice consolation prize for him if any fans feel he should’ve won the actual game.

Tied in second place with 12 percent are Ryan Lochte and Tamar Braxton, both of whom had amazing Diary Room sessions. It’s truly a crime that Ryan was evicted so early because imagine all the DRs and mispronounced words we missed out on. He is our favorite ath-a-lete of the season.

Next with 11 percent is the other half of Tomato, Kato, whose dad jokes were most appreciated by Dina Lohan. Joey Lawrence grabbed 9 percent, followed closely by Ricky Williams at 8 percent. Natalie Eva Marie is next with 6 percent, edging Dina with 4 percent. Guess her being catfished is not that entertaining? Dina’s “Mean Girls” “son” Jonathan Bennett got 3 percent. You know Jonathan definitely would’ve been higher had he not been the first evictee. Lolo Jones earned 2 percent, which is not that surprising, and Kandi Burruss is dead last with 1 percent. The best part? Thirty-three percent of our readers want Kandi to win.