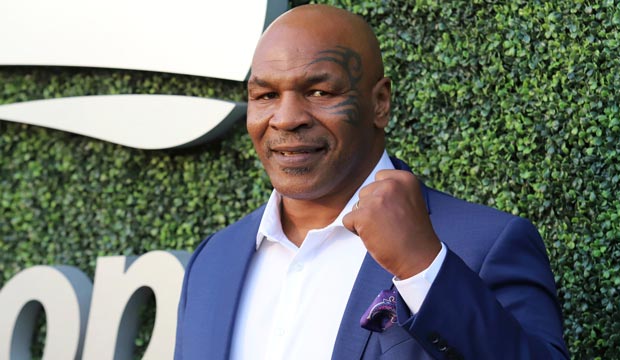 Season 1 of “Celebrity Big Brother” was a wild success, with such names as Ross Mathews, Metta World Peace and James Maslow among the eclectic group of contestants. With Season 2 just around the corner, hosted once again by Julie Chen Moonves, it’s time for Gold Derby to make our predictions for who might be entering the house next. Click through our photo gallery above to see our complete “Celebrity Big Brother” 2 dream cast. Below, see our wish list of the 10 men we want to see battling for charity:

Mike Tyson — One of the most fierce and controversial athletes in history is this former heavyweight champion of the world. Mike has been hated by millions following a domestic dispute with his ex-wife Robin Givens and beloved for his return to fame in “The Hangover.” You never know what you’re going to get with Mike and that makes him a perfect choice.

SEE‘I’m very happy’: Fans are thrilled Julie Chen Moonves will be back for ‘Celebrity Big Brother’

Sean Spicer — Can we really have too many castoffs from “The Apprentice: White House Edition”? I don’t think so. This one was so humiliated as the former Press Secretary that he actually spent time hiding in the bushes to avoid the media. He even made an appearance at the 2017 Emmy Awards just so everyone could laugh at him. Clearly it’s time for Sean to tell his side of the story and there’s no better way to do that than backyard live feeds from the “Big Brother” house.

Kanye West — Of course this rap mogul would never take part in some reality competition series created for “lessers”….or would he? It seems like Kanye is willing to do just about anything at this point and that’s what makes him perfect. He would probably quit after spending less than a day in the house, but that’s plenty of time for him to spew off a few viral rants.

Anthony Scaramucci — The disgraced former White House communications director lasted just five days in the Trump administration before being ousted after reports claimed he went on a foul-mouthed rant about Reince Priebus and Steve Bannon. Since then “The Mooch” has been making the TV rounds with a cleaned up image so let’s get him back to being completely unfiltered.

Scott Disick — The “Keeping Up with the Kardashians” star rose to fame as the baby daddy X3 of the eldest Kardashian sister, Kourtney. Even those who despise the Kardashians have to appreciate Scott’s wild antics and hilarious commentary about living amongst reality TV royalty. His awkward interactions, inappropriate jokes and Diary Room confessions could all make highlight reels for “Celebrity Big Brother.”

Akbar Gbajabiamila — The co-host of “American Ninja Warrior” is a charismatic former NFL player and is sure to be a competition beast. In a houseful of egomaniacs, Akbar could keep gameplay on track while providing enough dumbfounded facial expressions to keep us all entertained for weeks.

Pete Davidson — Let’s face it, it’s been a rough year for Pete after breaking up with pop star Ariana Grande and being sidelined from recent sketches of “Saturday Night Live.” What better way to start fresh than join a cast of misfits and see how normal his life actually is? Hopefully he maintained ties with Ariana’s brother, Frankie Grande, who could give him some advice on how to play the game!

Guillermo Rodriguez — The former parking lot security guard has made a big name for himself as the lovable sidekick on “Jimmy Kimmel Live!” Guillermo always brings out the best side of celebrities when he’s working a red carpet and would bring some much needed comic relief to the competition.

Nico Santos — The hilarious comedic actor stars in “Superstore” and was recently part of the blockbuster cast of “Crazy Rich Asians.” One might think Nico would have no interest in a reality show at this point, but his recent appearance at the “Survivor” finale with beau Zeke Smith proves he might have a guilty pleasure for the lower rungs of entertainment.

Johnny Weir — This former Olympic figure skater has become even more famous as a sports analyst who injects catty, hilarious shade into his commentary for NBC. Johnny’s flamboyant hairstyles and fashion sense bring him plenty of attention, but first and foremost he’s a competitor. Get your popcorn and watch his Diary Room confessions come to life!