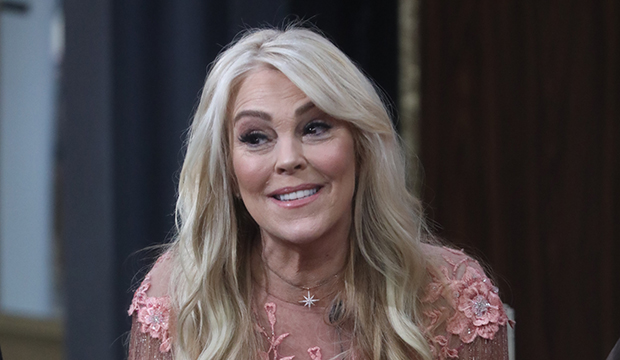 During last Thursday’s episode of “Celebrity Big Brother,” Dina revealed to Kandi Burruss, Natalie Eva Marie and Tamar Braxton that she’s been dating her boyfriend for five years and she’s so into him that she believes they’ll get married one day. But one wrinkle: They’ve never met. They’ve only ever talked on the phone because they’re long-distance — she’s in New York and he’s in San Francisco — and he’s been too busy taking care of his mother to travel. Allegedly. Dina doesn’t even know what he looks like because they’ve never FaceTimed (some people aren’t into iPhones, she defended), which, naturally, had her housemates and literally everyone watching the show screaming “CATFISH!”

Say it louder for the people in the back… #BBCeleb pic.twitter.com/HMF5RBI5mw

After the episode aired, “Catfish” host Nev Schulman volunteered his services to locate her supposed beau. “YOU GOTTA BE KIDDING ME. Let’s do this!” he tweeted. “I WANNA FIND @DINALOHAN’s “BOYFRIEND” SOOOOO BAD!”

SEE Who of the final 5 has played the best game on ‘Celebrity Big Brother 2’?

A man by the name of Jesse Douglas Nadler made things a tad easier by tweeting back to the official “Big Brother” handle, “I’m Not a Catfish — I’m Real as Real,” along with a photo of his silver fox face.

I'm Not a Catfish-

Well, Schulman investigated, and on Wednesday — which just so happens to be the day of the “Celebrity Big Brother” finale — Schulman tweeted that he had located Nadler and confirmed him to be Dina’s boyfriend, teasing that “his story is way bigger than I could have ever imagined.”

Let’s hope Dina and Jesse are on the next season of “Catfish.” Or that CBS is flying him down from San Francisco to Los Angeles as we speak so they can have their meet-cute live on the finale.