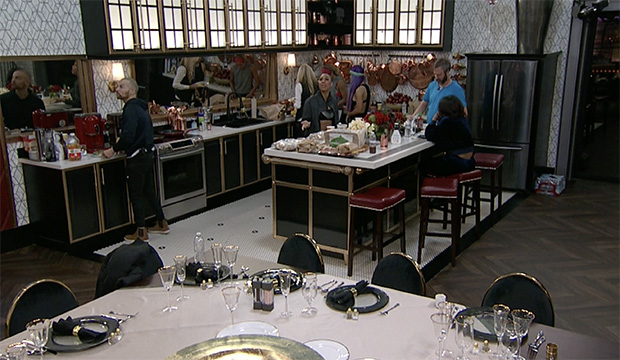 We got a sneak peek of the “Celebrity Big Brother 2” live feeds on Thursday, but you will have to wait until Tuesday night for the live feeds in all of their 24/7 glory. The feeds will start immediately on CBS All Access after the West Coast broadcast of Tuesday’s episode, which airs at 8/7c, the network announced Friday.

CBS teased fans with 15 minutes of feeds goodness on Thursday, which mostly featured the cast cooking and playing pool. But we did get one piece of intel, courtesy of Kato Kaelin, who may or may not have revealed the first HOH (click here to watch the clip).

The cast moved into the house last Wednesday, which was likely when the HOH comp took place. There was no indication during the preview that the nomination ceremony had occurred yet.

In addition to the feeds, “Celebrity Big Brother After Dark” will also premiere Tuesday at midnight ET on Pop TV and will air live seven days a week through Feb. 12 before the Feb. 13 finale.