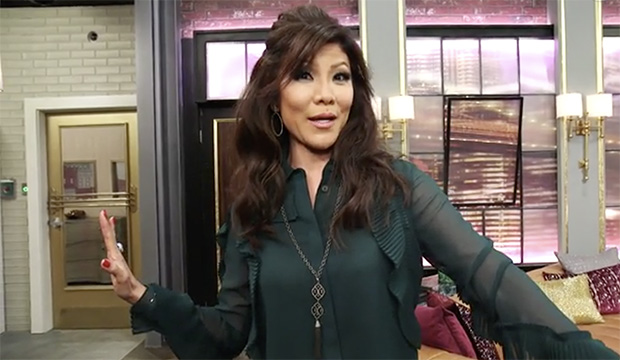 The second celebrity edition of the “Big Brother” franchise begins airing on CBS on Monday, Jan. 22 at 8 p.m. The two-hour season finale is slated for Wednesday, Feb. 13. The Tiffany network will air a total of 18 hours of “Celebrity Big Brother” over 13 nights as detailed below.

The one-hour premiere on Monday hosted, as ever, by Julie Chen will be followed by hour-long episodes on Tuesday, Wednesday, Friday and Sunday in the same time slot. The week of Jan. 28 will see installments on Monday, Wednesday and Saturday; all of these will air at 8 p.m. as well. While the hour-long episodes on Monday Feb. 4 and Thursday Feb. 7 will start at 9 p.m., the two-hour special on Friday, Feb. 8 will kick off at 8 p.m. The final Monday episode on Feb. 11 will begin at 9 p.m. but the tw0-hour finale that Wednesday begins at the earlier time of 8 p.m.

This version will include all of the elements familiar to viewers from the “Big Brother” franchise, including the notorious live feeds that run 24/7 as well as competitions for both Head of Household and Power of Veto and live evictions.

We got our first look inside the house for a few fleeting minutes on Thursday when the live feeds were turned on for just one quarter of an hour. We learned which of the dozen celebrities has won the first Head of Household competition. At the time we tuned in, the HoH had yet to nominate two of the other 11 houseguests for eviction. And the all-important Power of Veto competition had yet to take place.