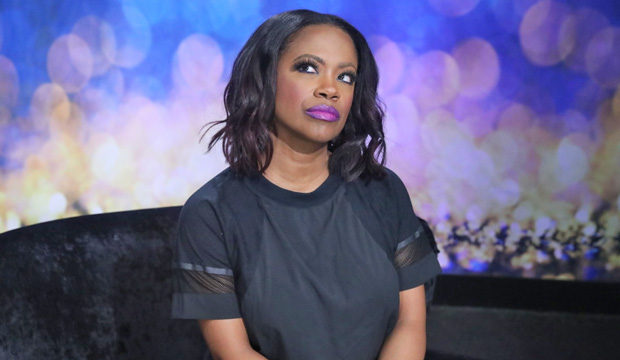 If “Celebrity Big Brother” fans have their way, Kandi Burruss will be named the winner of Season 2 when the finale airs Wednesday, February 13 on CBS. A leading 33% of users voted for Kandi in our recent poll that asked which of the final five they WANT to win the game, while Kandi’s frenemy Tamar Braxton came in second place with 25% of the vote. Do you agree or disagree with the consensus? Sound off down in the comments section.

SEEWho of the final 5 has played the best game on ‘Celebrity Big Brother 2’?

Kandi, a Grammy-winning singer-songwriter, is no stranger to reality TV as she’s appeared on Bravo’s “The Real Housewives of Atlanta” for 10 seasons. In the “Big Brother” house she’s stayed mostly under the radar so far, having yet to win a Head of Household competition or a Veto challenge. She and Tamar came into the house having previously known each other, though the two were quickly able to put their personal issues behind them.

Tamar, who stars in We TV’s reality program “Braxton Family Values” alongside her famous family, is a three-time Grammy-nominated performer and songwriter. Unlike Kandi, Tamar has already tasted victory in two separate challenges, claiming both the HOH key and the Veto medallion. Tamar’s Head of Household reign ended with Kato Kaelin being sent home, a savvy game move as it split up the dynamic duo of Kato and Tom Green.

Following Kandi and Tamar in our poll results, Olympian Lolo Jones came in third place with 18% of fans wanting her to win “Celebrity Big Brother.” NFL superstar Ricky Williams was next with 13% and then “momager” Dina Lohan trailed with 11%. Even though Dina received the least amount of fan support, she’s still Jonathan Bennett‘s prediction to win the entire thing.

Find out who will join last year’s champ Marissa Jaret Winokur on the “Celebrity Big Brother” winners list when host Julie Chen Moonves crowns the winner in Wednesday’s two-hour episode. The next regular edition of “Big Brother” is scheduled to air this summer on CBS.