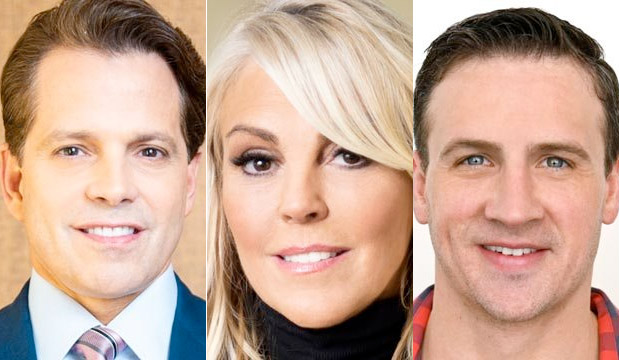 Below, check out our minute-by-minute “Celebrity Big Brother” recap of Season 2, Episode 1 to find out what happened Monday, January 21 at 8/7c. Then be sure to sound off in the comments section about your favorite houseguests on CBS’s reality TV show, who annoys you the most, and who you think will ultimately join the “Big Brother” winners list. Keep refreshing/reloading this live blog for the most recent updates.

8:00 p.m. — “Previously on ‘Celebrity Big Brother’!” Despite TV personality Ross Mathews playing the strongest game during the show’s first-ever celebrity edition last year, he wound up losing the title to actress Marissa Jaret Winokur. Who from this Season 2 cast do you think will follow in Ross’s footsteps by being the savviest player, and do you think that person will do what Ross couldn’t and be named the ultimate champion? It all starts tonight, so in the immortal words of Kaycee Clark … let’s go!

8:05 p.m. – Time to meet the houseguests! 12-time Olympic medalist, Ryan Lochte is known as a “party boy” but that part of his lifestyle is over. Ever the family man, Ryan is now a father of one with another on the way. He knows nothing about “Big Brother” but competition is what he’s bred for so he plans on winning. He seems a bit clueless to me, so we’ll see! Natalie Eva Marie plays a bad girl in the WWE, but she’s become a social media mogul and fashion designer. She’s a self-described “super fan” and looks poised to be a contender! Tom Green is most known for his former TV show “The Tom Green Show” and his hit song, “The Bum Bum Song.”

8:10 p.m. – Meanwhile, track star Lolo Jones is the house virgin on a search for her husband. Could she fine an eligible bachelor in the “Big Brother” house? Kato Kaelin was thrust into the spotlight during the O.J. Simpson trial and is a self-described extrovert. He’s excited to see who else is in the house, as long as one of them isn’t O.J.! Tamar Braxton is a Grammy-nominated singer and younger sister of Toni Braxton, with whom she stars with in “Braxton Family Values.” She’s a “Big Brother” superfan and loves the game! She doesn’t want to win by stabbing someone in the back, she wants to beat them to their face! Good luck with that!

8:12 p.m. – The first group of houseguests look genuinely shocked to see each other. Kato joked it’s the first time he’s had a key to his own place. The six of them entered the “Big Brother” house and screamed with glee. Tamar looks PUMPED but does not plan to reveal how big of a fan of the show she is. Tom, Kato and Ryan immediately decide to become roommates and may have naturally formed an early alliance. Tom can’t stop offering people sandwiches and he will probably get on peoples’ nerves real quick. Everyone immediately begins talking about all the Olympics Ryan and Lolo have been in, which makes Lolo uncomfortable because she doesn’t want a target on her back.

8:20 p.m. – Time to meet the other houseguests! Joey Lawrence is best known for his role in the hit series “Blossom,” whoa! He loves working out and looks absolutely jacked, so expect him to fare well in competitions. Next is Dina Lohan, the “O.G. Momager.” She loves competition and plans to be the house mother that sweeps everyone out the door. Up next is Jonathan Bennett, a TV host best known for his role in “Mean Girls.” Will that draw him into a natural alliance with Dina? Kandi Burruss is a Grammy-winning songwriter who is now best known for her role in “The Real Housewives of Atlanta.” She plans to win “Big Brother” but is concerned that her inability to hide her facial expressions could be her downfall.

8:25 p.m. – Retired NFL star Ricky Williams has gone from a disgraced, drug test-failing all-star into a “natural healer” who plans to dominate the game. Finally, Anthony “The Mooch” Scaramucci wasn’t afraid to show off his potty mouth and reveal he was fired from the White House for his poor choice of words. He assumes the public hates him for his support of Donald Trump, but he doesn’t mind. He hopes his role in the “Big Brother” house lasts longer than his stint in the White House! This group also looks surprised to see each other and Kandi gives a serious side eye when she sees Dina. But the jaw-drops were most noticeable when The Mooch emerged.

8:30 p.m. – Jonathan can’t believe he is actually in the “Big Brother” house and appears to be a huge fan. Kandi and Tamar were not thrilled to see each other and apparently have had a bit of beef throughout their history in the music industry. Tom can’t wait to talk to The Mooch about how they were both fired by Trump. Tamar is a bit more excited to see Joey, who she calls “Fine, two times!” Ryan asks if Joey was in “Tim, The Tool Man Taylor.” Oh boy.

8:32 p.m. – The 12 celebrities have settled in and were called to the living room by Julie. She warns them to “expect the unexpected…right now!” She reveals that “Power Pairs” dominate pop culture and in just a minute, two of the will become the Power Pair of the house. They’ll be competing in pairs in the first HOH competition and one of the winning duo will become the first HOH.

8:35 p.m. – Julie reveals only five pairs will be competing, meaning two houseguests won’t get to compete. Ryan was selected by random draw and chose Jonathan as his partner. The next pair is Tamar and Kandi, Joey paired up with Ricky; and Lolo chose Tom as her partner because she doesn’t actually want to win. The final pair is Dina and Anthony, meaning Kato and Natalie won’t compete. BUT, since they cannot compete, they will BOTH be safe at the first eviction. Who knew not being wanted was a good thing?

8:45 p.m. – The celebrities are dressed up in costumes to portray the glitz and glamour of old Hollywood. In “Drinks on Us,” each pair must begin swinging. As a team, they must transfer champagne from the giant champagne bottle to their giant champagne glass on the other side of the lawn. The first duo to fill their glass enough for a bubble to spill out will win the contest. The celebrities are having an nearly impossible time getting their swings to move. Ryan figured out how to swing first, but others quickly followed his lead.

8:50 p.m. – On the sidelines, Natalie tells Kato that he’s annoying and he should stop cheering because whatever he is saying is not supportive or motivating. Kandi’s inability to get anything in the champagne glass is driving Tamar absolutely crazy. Kandi is annoyed because Tamar doesn’t understand how hard this game is with short arms. Any hopes of them squashing their beef seems to be out of the question at this point. So far, it’s Ryan and Jonathan vs. Tom and Lolo. Before the game Lolo said she didn’t want to win, but now she can’t help herself. Seeing Ryan compete makes her want to destroy him!

8:55 p.m. – This torturous competition finally seems to be nearing its end. Ryan is determined to win because he needs to “keep Lochte off the Blochte.” Hmm, I don’t know if that catchphrase is going to stick. Eventually Ryan and Jonathan pull away and win the competition! One of them will become the first HOH and Ryan is hoping it’s him. Tamar declared she won’t be picking Kandi as her partner anymore, that’s for sure!

8:59 p.m. – Julie reveals the next big twist of the game to the houseguests. The two of them have to break up and find out who will become the first HOH. They will battle against each other. The winner will be the HOH. The loser will become the first nominee of the season and in jeopardy of being the first evicted! The Mooch smugly laughs it off and says “expect the unexpected!” Ryan is prepared to send Jonathan straight to the block, but Jonathan is determined to find a way to win.  Who will become the season’s first HOH? Tune in on Tuesday night to find out who is running the house and who will be nominated for eviction.