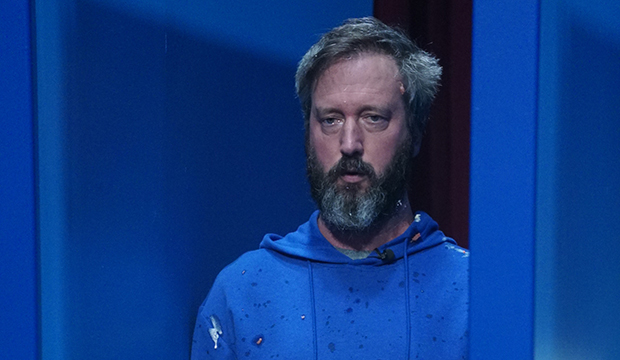 After Kato Kaelin‘s eviction on Monday’s “Celebrity Big Brother,” it looked like Tom Green‘s number was next. Literally, he has the numbers against him. But then the “Big Brother” gods answered our prayers for maximum drama with a Tom HOH win. This is exactly what we need to keep the power shifts even and so one side — ahem Ricky Williams, Lolo Jones and Natalie Eva Marie — isn’t running the show.

Now the question is, has Tom learned from his first HOH, when he let his paranoia over the Power of the Publicist twist consume his brain and turned himself and Kato into targets? Before the HOH on Monday, he tried to smooth things over by explaining that he only interrogated everyone about the Power of the Publicist to make “good TV” and was surprised that people took him seriously. Dude, this is “Big Brother” — everybody takes everything seriously, especially if you freak out over a twist while you are in power.

SEE ‘Celebrity Big Brother 2’ spoilers: The HOH for Round 5 is…

Regardless if he was just joking, Tom knows he can’t blow this HOH. He needs to break up the power trio of Ricky, Lolo and Natalie. He previously had wanted to target Ricky, but his best move is to break up NaLo. They are the last duo left, and Natalie, especially, is sitting pretty to win the whole thing. She’s athletic, has been part of big moves and doesn’t have as short of a fuse as Lolo. Even if one of the three wins Veto, they can still get one out.

Tom will be a target in the double eviction on Friday anyway, so he might as well make this move now instead of wasting it on, like, Tamar Braxton. Tamar, Kandi Burruss and Dina Lohan know this has to happen to for all of their games’ benefit. And there’s a better chance that Tom doesn’t go off the reservation this time because there’s no power twist and his boy Kato, who’s talked Tom out of following many of his instincts, is gone. His new go-to ought to be Kandi, who’s low-key been planting the seeds to usurp the RiNaLo triumvirate so they don’t have the majority in the house, and has already talked to Tom about it.

SEE ‘Celebrity Big Brother 2’ spoilers: Womp, womp, the Power of the Publicist twist will be another bust

As of Tuesday afternoon, Tom is still hellbent on going after Ricky, even telling Lolo that he wants to put her up as a pawn opposite him. Dina and Kandi have been trying to convince him that targeting Natalie is the better move. “You don’t understand,” Kandi said. “She is an overall better player than him. If they are not both on [the block] at the same time, one can take the other off, and you cannot touch either.”

The problem is Tom had already made a deal with Natalie to leave her alone in exchange for his safety if she wins HOH next, so he’d have to renege on that deal if he decides to go after her.

“Should I tell Natalie that I have changed my mind and I’m going to put her on the block?” he asked Kandi. “I don’t mind doing something that I told them I wasn’t going to do because they have been kind of rude to me.”

“Who made the rule you had to tell them what you was going to do?” Kandi replied. Touché.

If Tom can form something solid with Kandi, Tamar and Dina over the next few days as well, they can keep him protected in the double for doing the dirty work of breaking up the trio. After having things go very wrong his last HOH, by his own doing, things can go very right for Tom now.