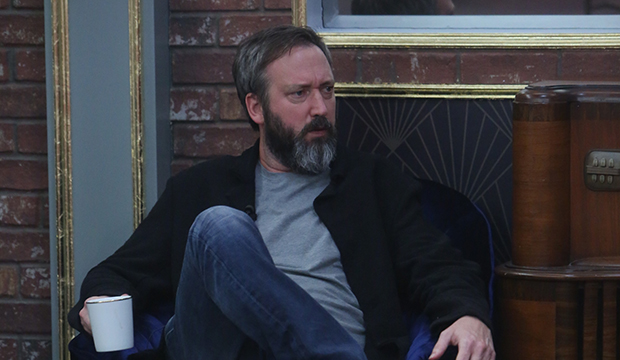 How the mighty have fallen. Just a couple of days ago, it seemed like Tom Green and Kato Kaelin were poised to dominate “Celebrity Big Brother” after they backdoored Ryan Lochte and won their fourth straight comp, an HOH for Tom, setting up a Joey Lawrence eviction. But then Tom lost his marbles and now his game has gone to hell.

After driving everyone absolutely insane with is paranoia over who got the Power of the Publicist, things got worse for Tom on Wednesday, when Natalie Eva Marie won the Veto. The ostensible plan was for them to take down Joey because Tom and Kato now want to backdoor their final five alliance member Ricky Williams, thinking he has the Power of the Publicist. Little do they know that Ricky has been plotting with Lolo and Natalie to keep Ricky safe, and now that Natalie has the Veto they can do exactly that.

Meanwhile, Tom told live feeders that he’s had a “change of heart about what the right move might be.” On Thursday morning, he told Kato that Natalie and Lolo might tell them they don’t want to use the Veto, and they would agree with them. “Because I don’t trust them, I want to send some false information through them to Ricky,” Tom said. “I definitely don’t want to put Tamar [Braxton] up. In some ways, the best thing that can happen is Natalie doesn’t use the Veto, Kandi [Burruss] and Joey don’t have the power, and Joey goes home. That means I’ve only put two people on the block. Kandi kind of likes us.”

So at least Tom suspects something’s amiss. But Joey has kinda sorta started working with Lolo, Natalie and Ricky, offering to stay up on the block to protect Ricky so long as they all vote out Kandi.

“Hopefully it doesn’t blow up in my face,” Tom said.

If it does, he only has himself to blame. He was sitting pretty, even with the Power of the Publicist twist in play. There was absolutely no reason for him to let it take over his life. His obsession and relentless interrogation and conspiracy theories pushed his own allies away from him and made him, and by extension Kato, the next big targets now.

SEE ‘Celebrity Big Brother 2’ spoilers: The Power of the Publicist twist turned the house upside down

If Kato doesn’t win the next HOH, Tom is not looking good unless he finds a way to turn things around and get everyone on his good side. Credit to Ricky, though, for consistently staying chill and cool (guess the weed helps) while Tom was melting down, so people would gravitate towards him.

And props too to Tamar, who does have the Power of the Publicist, and has done a bang-up job keeping it under wraps and lying to everyone. With the way everything is shaping up for Tom, she may not even have to use it before it expires at the next Veto ceremony on Monday and no one will ever know who had it.