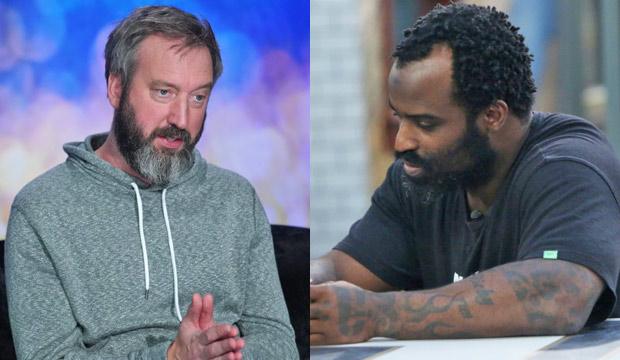 When “Celebrity Big Brother” began last month, the odds were stacked against the ladies as there was an unfair gender advantage at seven men vs. five women. Amazingly, after four live evictions (and one head-scratching Mooch twist) there are still five women in the game, but now they’re facing off against only two men: Tom Green and Ricky Williams. Can Tom and Ricky manage to survive Friday’s double eviction, or will the house become ruled by the five queens of “Celebrity Big Brother”?

The first houseguest to leave the “Celebrity Big Brother” house — Anthony “The Mooch” Scaramucci — actually wasn’t evicted, but was part of a [still] head-scratching twist. Since the Mooch was on the block at the time, his departure set up an entirely new competition known as “Mooch’s Veto” that allowed the nominated houseguests one extra chance at saving themselves. Alas, Jonathan Bennett couldn’t win the special challenge and he ended up being the first houseguest to leave the game the normal way.

SEE ‘Celebrity Big Brother’ spoiler: Head of Household for round 5 is …

The next person to exit was someone who prided himself as the ultimate competitor: Ryan Lochte. This 12-time Olympic medalist couldn’t overcome the dynamic duo of Lolo Jones and Natalie Eva Marie — the other three femme fatales are Tamar Braxton, Kandi Burruss and Dina Lohan — and ended up leaving the house and having a candid one-on-one with host Julie Chen Moonves.

SEEJoey Lawrence is very, very happy to be away from his bickering ‘Celebrity Big Brother’ houseguests: ‘They suck up all the energy’

Following the live evictions of Jonathan and Ryan, the third houseguest to leave via a vote was Joey Lawrence — whoa! Joey actually told Julie that he was eliminated because his competitors “judged the three of us as a threat from day one.” And then this week Kato Kaelin found himself kissing the floor that JCM walks on when the house unanimously evicted him over his BFF Tom Green.

Here’s how the “Celebrity Big Brother” schedule will play out for the rest of the week: Thursday’s episode will feature the HOH competition as well as that person’s two nominations. Then on Friday, get ready for a two-hour event that will end with TWO houseguests being sent packing. Will Tom and Ricky follow in the footsteps of their five male competitors, or will Lolo, Natalie, Tamar, Kandi or Dina be the first woman evicted?