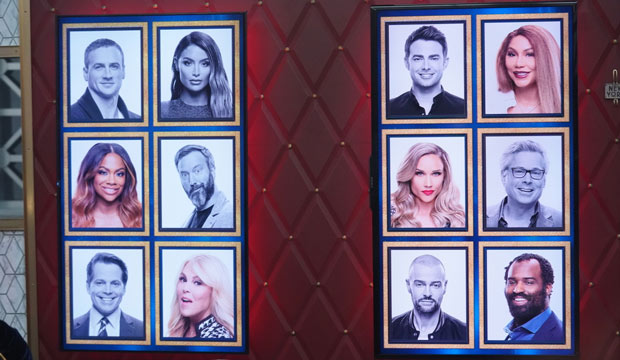 Let’s forget for a moment who you THINK will win “Celebrity Big Brother” 2019 and instead focus on the more important question: who do you WANT to win? After last week’s double eviction only five houseguests still remain in the game: Tamar Braxton, Lolo Jones, Kandi Burruss, Dina Lohan and Ricky Williams. Of these four fierce females and lone male competitor, which one are you secretly rooting for to join the “Big Brother” winner’s list that includes last year’s first-ever celeb champ Marissa Jaret Winokur? Vote down in our poll below.

SEETom Green (‘Celebrity Big Brother’) exit interview: ‘The odds were against me’ and ‘I’m voting for Lolo … I mean rooting!’

Amazingly, of the final five only Tamar and Lolo have won Head of Household competitions so far. Tamar’s HOH reign resulted in Kato Kaelin being sent packing, while Lolo was responsible for Tom Green‘s eviction during the double. If Kandi, Dina or Ricky want to have a winning resume on finale night one of them had better step up and win the next Head of Household comp.

For Veto challenges, three of the finalists can brag about their victories: Ricky, Lolo and Tamar. Ricky won back in the very first week and chose to keep the nominations the same because he didn’t want to ruffle any feathers. Lolo prevailed during Tamar’s HOH and decided not to use the Veto because they were both adamant about splitting up the dynamic duo of Kato and Tom. Likewise, Tamar’s Veto victory came during Lolo’s reign and so she also didn’t use the power to save either Tom or Kandi.

As a refresher, last year Marissa was able to take the crown after winning one HOH comp and one Veto challenge. Luckily enough, her sole Head of Household victory was the most important one as it gave her the power in the finale to choose who she wanted to sit next to. She picked Ross Mathews and ended up beating him by a 6-3 vote.

After voting for who you want to win in our poll, also be sure to make your official predictions at Gold Derby for the finishing order of the final five houseguests. Right now our racetrack odds favor Tamar to win with leading 6/5 odds, but it’s still anyone’s game. The Season 2 finale of “Celebrity Big Brother” airs Wednesday, February 13 on CBS.