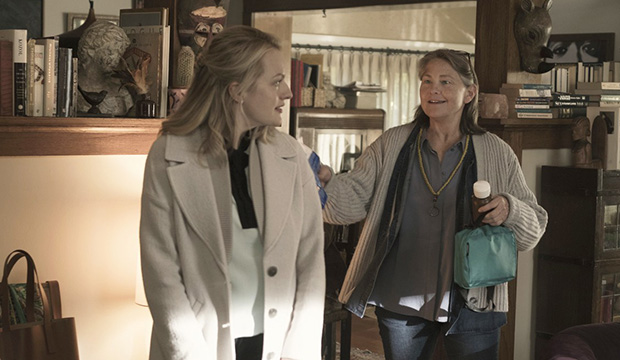 Cherry Jones won Best Drama Guest Actress for “The Handmaid’s Tale” at the Creative Arts Awards on Sunday night,  September 15. She prevailed for the episode “Holly,” in which she played Elisabeth Moss‘s crusading mother. But if it weren’t for a few orphans, Jones might not have been eligible for the Emmy at all. Check out the complete list of Sunday’s Creative Arts winners here.

“The Handmaid’s Tale” didn’t air its third season in time to compete for the 2019 Emmys, but the last three episodes of season two (“Holly,” “Postpartum” and “The Word”) aired too late to be considered for Emmys in 2018. So the television academy ruled that those “orphaned episodes” would be eligible to compete in 2019, though the show would not be eligible for Best Drama Series or series-regular acting categories. Other prizes were up for grabs, and it paid off with 11 nominations for the show.

This was Jones’s second Emmy, following her Best Drama Guest Actress win for “24” in 2009, and its the third in a row for “Handmaid’s” in this category. The dystopian Hulu series previously won this race for Alexis Bledel (2017) and Samira Wiley (2018).

Jones overtook a field that included three other Tony winners. Phylicia Rashad (“This is Us”), who was overdue for her first Emmy after four career nominations, but will have to wait at least a little while longer. Jessica Lange (“American Horror Story: Apocalypse”) was already a three-time Emmy champ, including two victories for “AHS” alone, but fell short of the gold this time around. And three-time Emmy winner Cicely Tyson (“How to Get Away with Murder”) missed out despite four nominations in this category in the last five years.

Carice van Houten was a first-time nominee for “Game of Thrones,” but alas, the curse against “Thrones” actors not named Peter Dinklage continues — he’s still the only actor who has ever won for the show. And Laverne Cox (“Orange is the New Black”) was nominated for the third time without a win; her victory would have been historic as she would have been the first trans actress ever to win an Emmy.