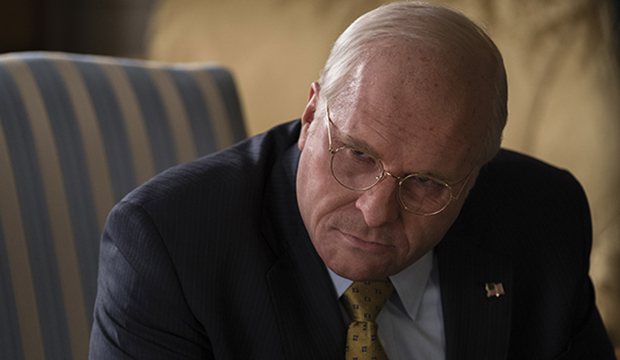 No. 2 has become No. 1. Christian Bale, who’s already won a Golden Globe and two Critics’ Choice Awards for his performance as Dick Cheney in “Vice,” is now the Best Actor Oscar frontrunner in our latest predictions.

On the heels of his Best Actor and Best Actor in a Comedy victories at Sunday’s Critics’ Choice Awards, Bale has inched past Bradley Cooper (“A Star Is Born”) with 19/5 odds to 39/10. However, our Experts are split between the two: 11 are backing Bale and 12 have Cooper. Bale has the edge with our Editors (four to one) and our Top 24 Users (10 to seven).

Cooper had been the frontrunner the entire season, but he hasn’t claimed a major prize yet. At the Globes, he lost the drama category to Rami Malek (“Bohemian Rhapsody”) before falling to Bale at Critics’ Choice. “A Star Is Born” has underperformed so far in general, with just twin song wins at the Globes and Critics’ Choice, the latter of which also awarded Best Actress to Lady Gaga in a tie with Glenn Close (“The Wife”).

One advantage that Bale and Malek — and to a lesser extent, the two other predicted nominees, Viggo Mortensen (“Green Book”) and John David Washington (“BlacKkKlansman”) — have over Cooper is that they’re playing real people. Bale underwent another one of his trademark transformations to play the former VP, gaining more than 40 pounds and nailing his taciturn, chilly persona. Best Actor, more than acting category, is the friendliest to real-life portrayals; since 2000, 11 Best Actor champs have prevailed for playing a real person, including Gary Oldman last year for disappearing into Winston Churchill in “Darkest Hour” as much as Bale did into Cheney.

Despite his Globe win, Malek is still third in our odds; however, six Experts, four Editors and seven Top 24 users think he will win. Mortensen and Washington are in fourth and fifth, respectively.