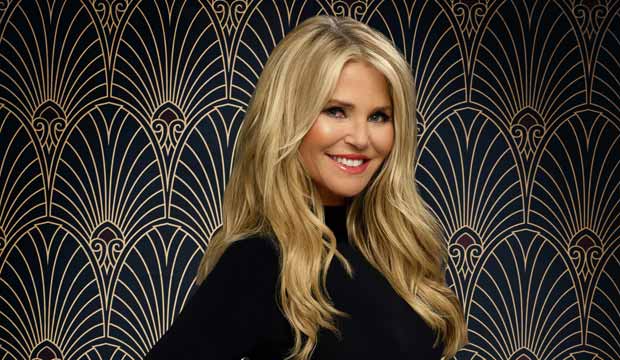 “Dancing with the Stars” is the latest in a long line of ventures for entertainment veteran Christie Brinkley. After having done work as a model, actress, illustrator, photographer, writer, designer and activist, she’s getting ready to take up ballroom dancing. The new season begins on September 16, so before Brinkley and the rest of the cast start competing on the dance floor, let’s consider her pros and cons.

Brinkley first gained worldwide fame with her appearances in the late-1970s Sports Illustrated Swimsuit Issues. She spent 25 years as the face of CoverGirl, has appeared on over 500 magazine covers, and has signed contracts with major brands — both fashion and non-fashion. So she has arguably the most name recognition of any contestant this season.

She has also appeared in several music videos for songs by her second husband, Billy Joel, including his 1983 hit “Uptown Girl,” where she showed some of her rhythm; don’t be surprised if she ends up dancing to that song in the ballroom. She also displayed her skills as a triple threat when she took on the role of Roxie Hart in the Broadway, London, and national touring productions of “Chicago.” Musical theater experience is invaluable on “DWTS,” as demonstrated by Mirror Ball champions like Alfonso Ribeiro (season 19) and Jordan Fisher (season 25).

While we won’t know for sure which professional dancers the celebrities will be paired up with until the season premiere, it has been reported that Brinkley will be teamed with Valentin Chmerkovskiy, which would be the best news she could ask for. This will be his 15th season on “Dancing with the Stars.” He’s won twice before: with Rumer Willis in season 20 and Laurie Hernandez in season 23. And there have been five other times when he at least managed to make it to the finals. He was the runner-up with Zendaya in season 16, and finished in third place with Kelly Monaco in season 15 (the all-stars season), Janel Parrish in season 19, Ginger Zee in season 22 and Normani Kordei in season 24.

SEE‘Dancing with the Stars’ season 28 preview slugfest: Possible front-runners and the star we like the least – yes, THAT one [WATCH]

Nobody’s perfect. In addition to his more successful seasons, Chmerkovskiy has also finished in 11th place twice before: with Elisabetta Canalis in season 13 and Nancy McKeon last season. Not only that, but Val finished in 10th place with Sherri Shepherd in season 14. His other four seasons ended with him getting eliminated in the middle of the competition. He finished sixth for two seasons in a row: with Elizabeth Berkley in season 17 and Danica McKellar in season 18. He also finished fifth with Tamar Braxton in season 21 and Victoria Arlen in season 25. So while he has a stellar track record overall, even a reliable pro like him has his off seasons.

Age is nothing but a number, but “DWTS” can be an athletically grueling competition, which is why younger celebs and athletes tend to have the best outcomes. At age 65, Brinkley would be the oldest celeb to win the show by over a decade. To date the oldest winner was Donny Osmond, who was 51 when he took home the Mirror Ball Trophy in season nine (2009).

PREDICT‘Dancing with the Stars’ now; change them until the season premiere on September 16

Be sure to make your predictions so that the contestants can see how they’re faring in our racetrack odds. You can keep changing your predictions until just before the season premiere on September 16. You’ll compete to win a spot on our leaderboard and eternal bragging rights. See our contest rules and sound off with other fans in our reality TV forum. Read more Gold Derby entertainment news.