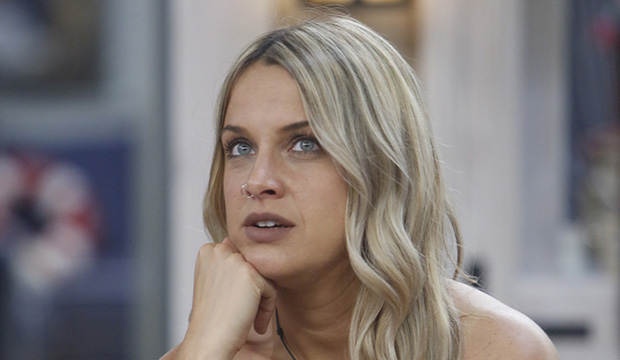 “I don’t have my power anymore so I can’t use it as leverage,” Christie Murphy complained at the end of Wednesday’s episode of “Big Brother.” This 28-year-old boutique owner from New Jersey had hoped to use her Panic Power to save Jack Matthews before it became ineligible, but then Head of Household Jessica Milagros won the Veto and announced she wouldn’t be using it. Christie’s power had given her the ability to transform the golden Veto into the diamond Veto, which would have let the bearer name a replacement nominee, but alas, it has now expired.

Heading into the Veto competition, Christie hatched a plan to give the Panic Power to either Jack or Tommy Bracco in the hopes that they’d remove Jack from the block and then replace him with a person of their choosing. Christie desperately wanted Michie to go home after their recent falling out when the Six Shooters disbanded prior to Thursday’s live episode. But when Jessica won the Veto, all of her plans fell apart.

“Jess is the HOH, so if she did decide to use the Veto she already is in control of picking the replacement,” Christie explained to the camera after the Veto comp. “So my Panic Power is officially dead and expired. But I feel like we could rally votes because Jack does not deserve to go home.”

SEE‘Big Brother 21’ spoilers: Nick continues to play both sides as a lame blackmail plan is hatched

Later in Jessica’s Head of Household room, Christie let it slip Jack was likely staying because he had numbers on his side. With only eight people voting this week, four are definitely on board with keeping Jack in the house: Christie, Tommy, Analyse Talavera and Nick Maccarone. Hearing that Nick was a number for Jack’s team surprised Jessica, because Nick was well aware Jack was her target this week.

The other four voters this week are Cliff Hogg, Holly Allen, Kathryn Dunn and Nicole Anthony. If this group chooses to keep Michie then there will be a four-four tie and Jessica will become the tie-breaker to keep Michie in the house. Do YOU think Jack or Michie will end up being the first member of the Season 21 jury on Thursday night?