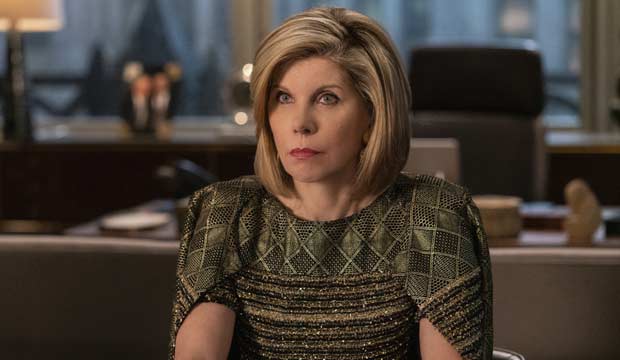 Emmy voters love Christine Baranski, but would you believe they’ve never loved her as a leading lady? This year she’s hoping to change that with a Best Drama Actress bid for “The Good Fight,” and the Expert journalists we’ve polled think she stands a good chance.

The veteran actress was up for consideration for “The Good Fight” in 2018, but she didn’t make the cut, possibly because the CBS All Access streaming service was still so new and unfamiliar to Emmy voters at the time. But 10 Experts are betting on her to receive a nom this time around: Thelma Adams (Gold Derby), Debbie Day (Rotten Tomatoes), Joyce Eng (Gold Derby), Chris Harnick (E!), Matthew Jacobs (Huffington Post), Kelly Lawler (USA Today), Tom O’Neil (Gold Derby), Matt Roush (TV Guide Magazine), Anne Thompson (IndieWire) and Ben Travers (IndieWire).

So what has changed? Well, Emmy voters have had another year to get comfortable with CBS All Access. And there’s also the fact that the Best Drama Actress race has opened up considerably. Two of last year’s nominees are out of the running because their shows have ended (Keri Russell for “The Americans,” Tatiana Maslany for “Orphan Black”). Two are on shows whose extended hiatuses will keep them out of this year’s lineup (Evan Rachel Wood in “Westworld,” Elisabeth Moss in “The Handmaid’s Tale“). And the reigning champ, Claire Foy (“The Crown”), has both concluded her run on the show and the show is on extended hiatus.

The only holdover from 2018 is Sandra Oh (“Killing Eve”), who we’re currently predicting to win. So expect Baranski to put up a good fight. Check out how our Experts’ Best Drama Actress predictions break down below, and click the chart to see more detailed prediction stats for that race. Look here for all of our Experts’ ranked predictions. 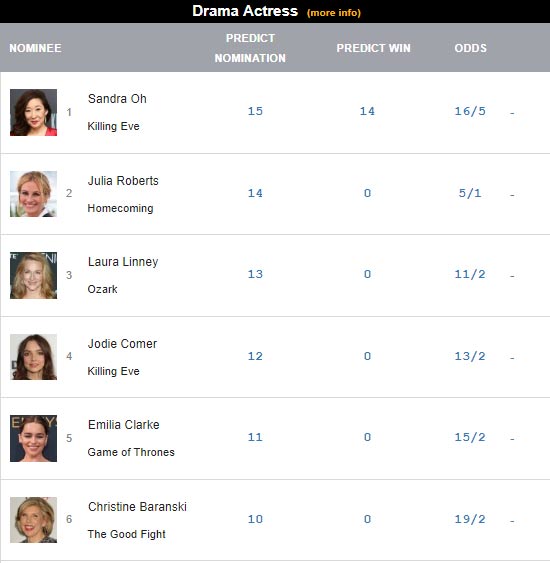