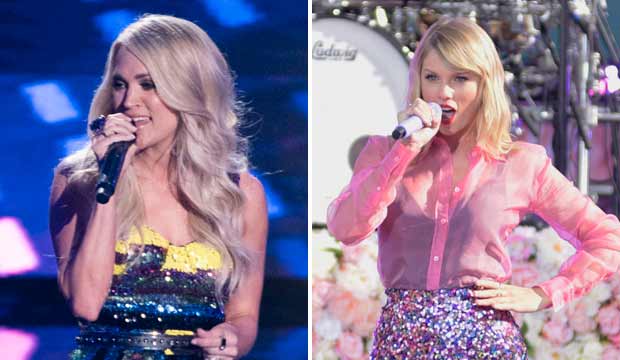 The Country Music Association Awards don’t have a very good track record with women when it comes to Entertainer of the Year. These days they often reserve just one slot out of the five for a female artist, but sometimes not even that (women were shut out in 2017 and 2018). This year Carrie Underwood did make the cut, but even though she’s one of the biggest crossover country stars of the 21st century and has hosted the CMAs every year since 2008, this is only her second nomination in the top race. But maybe just as surprisingly, she could actually win it this time.

Based on the combined predictions of hundreds of Gold Derby users who have made their forecasts here in our predictions center, Underwood is the front-runner to win the top prize, getting leading odds of 11/2 as of this writing. That includes support from 15 of our Top 24 Users who got the highest scores predicting last year’s CMA winners, and 14 of our All-Star Top 24 who got the highest prediction scores when you combine the last two years’ results. So why now?

The CMAs can be quite mercurial when it comes to their top category. In recent years Entertainer of the Year has gone to legacy acts George Strait (2013) and Garth Brooks (2016 and 2017) even though they had zero other nominations those years. And last year only 36 of our users anticipated Keith Urban‘s surprise win — that was fewer than 10% of all users who made predictions with us.

Brooks and Urban are nominated again, but there may be no urgency to reward them after their recent victories. Chris Stapleton is back for the fourth year in a row, so he’s overdue a victory, but not nearly as overdue as Underwood is. And Eric Church, despite being on his third nomination in the top category, may fly under the radar compared to his competitors; this prize tends to go to the most iconic country superstars over critical darlings (hence Stapleton’s previous losses).

If we’re right, Underwood would be only the third female act of the 21st century to win, following the Dixie Chicks (2000) and Taylor Swift (2009, 2011). And she would be the first since Swift’s last victory almost a decade ago. But as we saw last year, it can be pretty tough to predict which way the wind will blow in the top category. Make or update your predictions here before the winners are announced in November, and vote in our poll below to let us know who you think should win Entertainer of the Year.