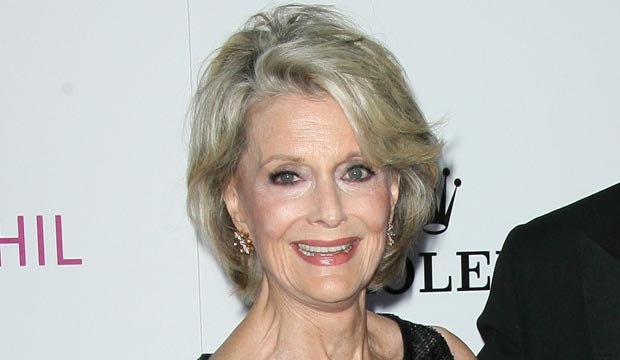 There’s just no escaping Helena Cassadine, the villainous “General Hospital” matriarch who has wreaked havoc in Port Charles for decades. Our sister site TVLine has now reported that actress Constance Towers is on her way back to the show for a big reveal in a major storyline.

TVLine’s scoop indicates that Helena will show up in a flashback to the time cult leader Shiloh (Coby Ryan McLaughlin) and Drew (Billy Miller) spent in Afghanistan. But no word yet on who is having the flashback, what exactly is being learned, and who the information is being revealed to. We’ll find out when Towers’s appearance airs on Monday, August 19.

Helena has been a dastardly presence on “GH” off-and-on since the 1980s. The role was originated by the legendary Elizabeth Taylor, who cursed supercouple Luke and Laura (Anthony Geary and Genie Francis) during their famous nuptials in 1981, one of the most widely watched events in soap opera history. Towers assumed the role in 1997 to terrorize Luke and Laura some more. By then the show had introduced Helena’s not-so-evil son Stefan (Stephen Nichols), grandson Nikolas (Tyler Christopher), and illegitimate stepdaughter Alexis (Nancy Lee Grahn).

Among her evil deeds since then, she killed Katherine Bell (Mary Beth Evans), brainwashed Luke and Laura’s son Lucky (then played by Jacob Young), poisoned Stefan, tried to murder Alexis, tried to murder Emily Quartermaine (then played by Natalia Livingston) a couple of times, kidnapped Courtney Matthews (Alicia Leigh Willis), kidnapped her great-grandson, kidnapped Luke and Tracy Quartermaine (Jane Elliot). She was finally poisoned to death (?) by Nikolas in 2015. But one can never be entirely sure Helena is dead. And even when she’s dead, her sinister influence lives on.