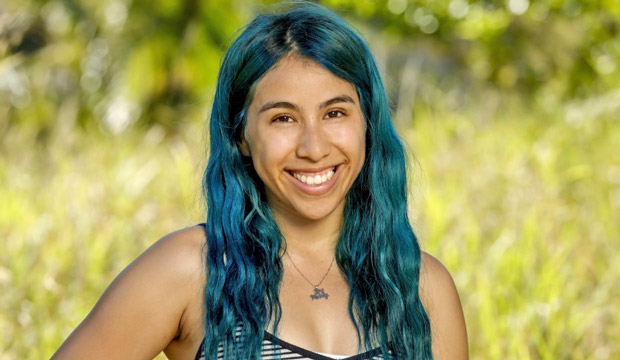 This week’s episode of “Survivor: Edge of Extinction” was one to remember thanks to all of the craziness that occurred on the island. Gold Derby editors Susan Wloszczyna and Marcus James Dixon got together to discuss this week’s four most craziest moments, including — SPOILER ALERT! — Wendy Diaz‘s chicken drama and Chris Underwood‘s shocking elimination. Scroll down to read all of their quick-takes, then tell us what YOU thought of Season 38, Episode 3 down in the comments section.

SEE‘Survivor’ 38 episode 3 recap: Who was voted out in ‘Betrayals Are Going to Get Exposed’? [UPDATING LIVE BLOG]

SUSAN: Unlike Survivor 32, when Tai Trang decided to save a chicken that he named Mark and it basically became a pet, Wendy just ups and decides on a whim to deny her fellow teammates a meal by stealing their flint to make fire to cook the poultry they just won. Rick Devens and David Wright for some reason didn’t want to suspect she might be lying when she denied taking the flint. And, as shown in the preview of next week, she does even worse than that next time.

MARCUS: That staircase at Extinction Island was like really, really tall. Once again I was reminded of the TV show “Lost” and I half expected Reem Daly and Keith Sowell to come face to face with the Others once they finally got up there. As it turns out, after their epic trek to the top of the island, all that was waiting for these two poor souls was a tiny container of rice. Talk about a bad date!

SUSAN: Why vote off Chris, who was the reason they won the chickens in the first place during the reward challenge? Why hang on to returnee Kelley Wentworth? Chris was one of the strongest players during challenges for Manu. Of course, now he is on Extinction Island and the rest of his team will soon be divided when two tribes become three next week. It will be interesting to observe how he interacts with Keith and Reem once he arrives at the Edge of Extinction.

MARCUS: On this her third season, Aubry Bracco finally found a hidden idol — woohoo! Aubry’s raw emotion at crossing this monumental achievement off of her “Survivor” bucket list had fans everywhere tearing up. However, locating an idol is only step one. Step two, arguably the more important step, is finding out when to properly use it. Will Aubry tell anybody about this secret advantage, or will she keep it close to her chest? I can’t wait to find out.