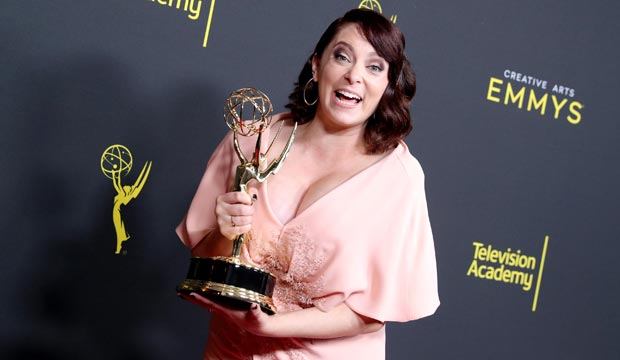 Ahead of the Primetime telecast on Sunday, September 22, winners for the 2019 Creative Arts Emmys were announced at two ceremonies on Saturday, September 14 and Sunday, September 15 in Downtown Los Angeles. (See a full list of Saturday’s winners here and a full list of Sunday’s winners here.) Over the last few months, Gold Derby has conducted video chats with 27 of the lucky victors, including Rachel Bloom (“Crazy Ex-Girlfriend”), RuPaul Charles (“RuPaul’s Drag Race”), Dan Reed (“Leaving Neverland” director) and Bradley Whitford (“The Handmaid’s Tale”).

Click on any name below to be taken to their full interview.

Jimmy Kimmel – Best Variety Special (Live), “Live in Front of a Studio Audience: Norman Lear’s ‘All in the Family’ and ‘The Jeffersons.'”