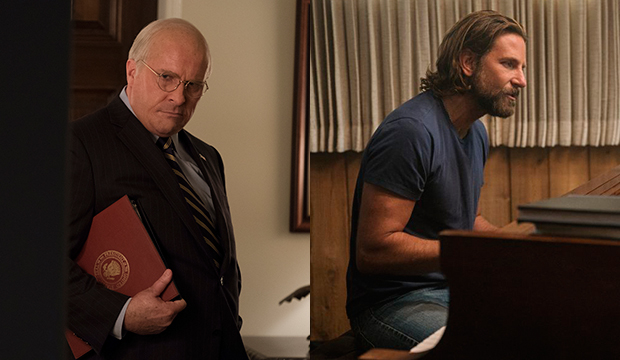 It’ll be a battle between two former “American Hustle” co-stars for Best Actor at Sunday’s Critics’ Choice Awards. Christian Bale (“Vice”) and Bradley Cooper (“A Star Is Born”) both have 13/2 odds to prevail in our predictions.

Bale is slightly ahead in the tight race due to his placements, and he jumped into first place the past few days on the heels of his Golden Globe victory for Best Comedy/Musical Actor, during which he thanked Satan in his speech for the inspiration to play Dick Cheney. Cooper had been in first place since nominations were announced, but he took a blow after “A Star Is Born” underwhelmed at the Globes and he himself went 0-3. Cooper has three other nominations at Critics’ Choice, Best Picture, Best Director and Best Adapted Screenplay.

Cooper was defeated in Best Drama Actor at the Globes by Rami Malek (“Bohemian Rhapsody”), who’s in fourth place in our Critics’ Choice odds. One Expert, Tariq Khan (Fox TV), is predicting a win for Malek’s turn as Freddie Mercury. Critics have been far harsher on “Bohemian Rhapsody” than the industry has been, and the Globe champ is not even nominated for Best Picture at Critics’ Choice.

In third place is Ethan Hawke (“First Reformed”), who won almost every critics award in sight. Will the Broadcast Film Critics Association follow suit? Critics’ Choice is the only televised precursor Hawke has hit, getting snubbed at the Globes, Screen Actors Guild Awards and BAFTA.