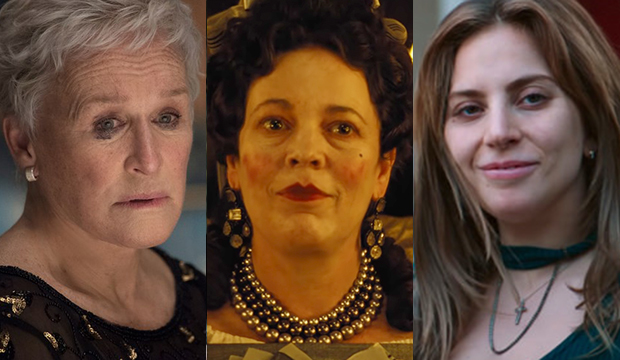 There are seven Best Actress nominees at the Critics’ Choice Awards, but it’s a three-way race for the win on Sunday’s ceremony. Olivia Colman (“The Favourite”), Lady Gaga (“A Star Is Born”) and Glenn Close (“The Wife”) all have 13/2 odds in our predictions.

As voting for the Critics’ Choice winners opens on Thursday, Globe champs Colman and Close could get a major boost if voters want to rubber-stamp. Colman delivered a charming, hilarious speech, in which she called her co-stars Emma Stone and Rachel Weisz “my bitches.”Between the three of them, Colman also has the edge in terms of trophy haul, dominating the critics circuit with Toni Collette (“Hereditary”), who is in fourth place in our odds.

Close upset Gaga in Best Drama Actress and gave a stirring, emotional speech that paid tribute to her mother and implored women to follow their dreams, earning two standing ovations. Close has already risen in our Best Actress Oscar odds since her big Globe moment, so the same could happen at Critics’ Choice.

Gaga took a hit with her Globe acting loss, but she still got to some airtime when she won Best Original Song (“Shallow”) at the Globes. That same scenario could play out here too: win song, lose actress.

Yalitza Aparicio (“Roma”), Emily Blunt (“Mary Poppins Returns”) and Melissa McCarthy (“Can You Ever Forgive Me?”) round out the predictions.