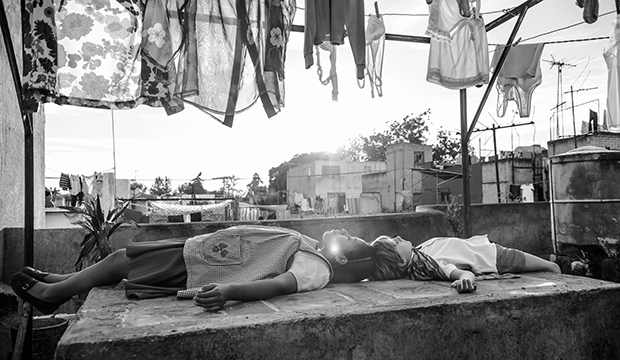 Get ready to see a whole lot of Alfonso Cuaron at the Critics’ Choice Awards Sunday night. “Roma” is expected to top the ceremony with five wins, which would bring Cuaron to the stage all five times. The eight-time nominated film is favored in Best Picture, Best Director (Cuaron), Best Foreign Language Film, Best Cinematography (Cuaron) and Best Editing (Cuaron and Adam Gough). (See Gold Derby’s racetrack odds.) So, yeah, Cuaron would have a literal handful of trophies by the end of the night.

“The Favourite” leads the field with 14 nominations, but it’s only predicted to score four awards in the 19 categories we’re predicting (there are 25 categories total): Best Original Screenplay (Deborah Davis and Tony McNamara), Best Film Ensemble, Best Costume Design and Best Production Design. If it does win ensemble, “The Favourite” would be the first Critics’ Choice champ to not have a corresponding Screen Actors Guild Award nomination.

“Black Panther,” which has 12 nominations, is only forecasted to win Best Visual Effects, but it’s also probably a lock in a category we’re not predicting, Best Action Movie. “First Man,” which received 10 nominations, on the other hand, is expected to be shut out.

Meanwhile, nine-time nominee “A Star Is Born” is projected to duplicate its Golden Globes showing with a sole victory for Best Song (“Shallow”).

See our complete predictions by film below.

“Can You Ever Forgive Me?”
Best Supporting Actor — Richard E. Grant