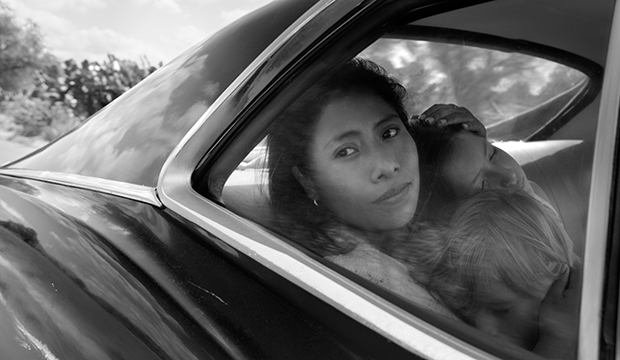 It had been a close duel between “Roma” and “A Star Is Born” the past month, but “Roma” surged ahead within the past week after the latter only when 1-for-5 at the Golden Globes. “Roma,” on the other hand, won its expected categories, Best Director for Alfonso Cuaron and Best Foreign Language Film.

A critical darling, “Roma” has ruled the critics circuit, nabbing Best Picture honors from the New York Film Critics Circle and the Los Angeles Film Critics Association. A big televised win at Critics’ Choice could put it in the frontrunner position for the Oscars in what is still an open Best Picture race. Though Critics’ Choice, despite having 10 Best Picture nominees, does not employ a preferential ballot like the academy does, it has correctly presaged the eventual Oscar champ in two close races in the past three years, with “Spotlight” (2015) and “The Shape of Water” (2017). The academy has also never given Best Picture to a foreign-language film.

Similarly, a victory for “A Star Is Born,” which is in second place, would also rev up its Oscar momentum after a surprisingly poor Globes showing. With “Roma” having moved to first place in our predictions and Christian Bale (“Vice”) gaining on Bradley Cooper in Best Actor, Cooper is in danger of leaving the show 0-4, as he’s not expected to win Best Director or Best Adapted Screenplay.

In third place is “The Favourite,” which leads the field with 14 nominations. “Green Book” is in fourth, followed by “BlacKkKlansman,” “Vice,” “Black Panther,” “If Beale Street Could Talk,” “First Man” and “Mary Poppins Returns.”