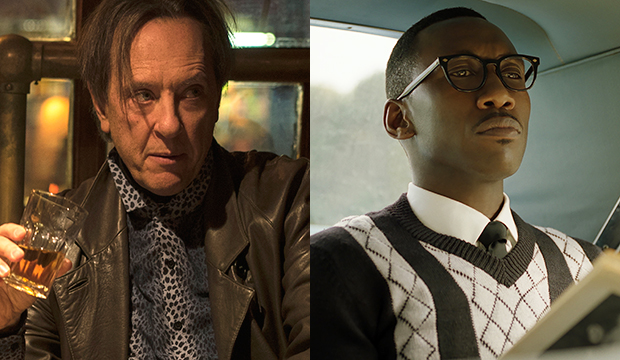 Mahershala Ali won the Best Supporting Actor Golden Globe for “Green Book,” but he won’t pick up a Critics’ Choice Award on Sunday, according to our odds. Richard E. Grant (“Can You Ever Forgive Me?”) is favored to take home the prize, which would deny Ali the chance to be the first person to win this category twice.

Grant, who’s nabbed a slew of critics awards, has 9/2 odds to prevail for his scene-stealing turn as Melissa McCarthy‘s drinking buddy/literal partner-in-crime Jack Hock. Seven Experts, four Editors and 14 of our Top 24 users are going with Grant. Anne Thompson (IndieWire) is the sole Expert backing Ali, who also has the support of two Editors and 10 of our Top 24 users.

Ali won this category two years ago for “Moonlight” on his way to the Oscar. He lost the Globe that year to Aaron Taylor-Johnson (“Nocturnal Animals”), so his Globe victory for “Green Book” was seen as a make-good by the Hollywood Foreign Press Association. The Broadcast Film Critics Association doesn’t “owe” Ali a statuette, so voters could go their own way, especially since no one has repeated here yet in the award show’s 23-year history.

Ali is one of seven people with two bids in this category, along with Alan Arkin, Javier Bardem, Josh Brolin, Alfred Molina, Sam Rockwell and Michael Shannon; only Philip Seymour Hoffman and Mark Ruffalo have more, with three each. Arkin (2006’s “Little Miss Sunshine), Bardem (2007’s “No Country for Old Men”), Rockwell (2017’s “Three Billboards Outside Ebbing, Missouri”) and Hoffman (2012’s “The Master”) have won.

Sam Elliott (“A Star Is Born”), who is in third place, is the only other nominee predicted to win; Editor Rob Licuria is going out on a limb for him. Timothee Chalamet (“Beautiful Boy”), Adam Driver (“BlacKkKlansman”) and Michael B. Jordan (“Black Panther”) round out the six.