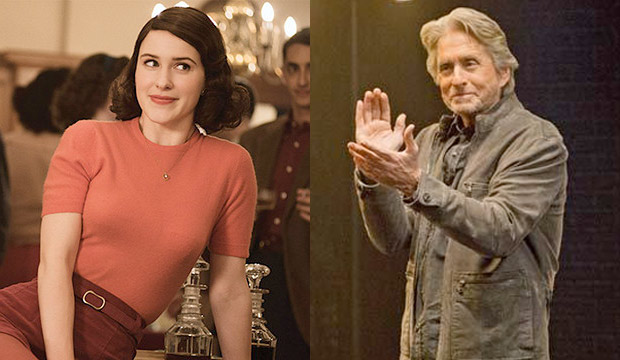 A whopping eight shows are nominated for Best Comedy Series at the 2019 Critics’ Choice Awards: “Atlanta” (FX), “Barry” (HBO), “The Good Place” (NBC), “The Kominsky Method” (Netflix), “The Marvelous Mrs. Maisel” (Amazon), “The Middle” (ABC), “One Day at a Time” (Netflix) and “Schitt’s Creek” (Pop). According to Gold Derby’s racetrack odds, reigning champ “Mrs. Maisel” is predicted to defend its title and hold off recent Golden Globe winner “Kominsky,” but Critics’ Choice voters love throwing us curve balls. The awards air Sunday, January 13 on the CW network in a ceremony that honors both film and TV.

One rogue Expert — Joyce Eng (Gold Derby) — stands alone in predicting that “The Good Place,” NBC’s cerebral comedy about life after death, will claim the gold. She could be onto something, as the Critics’ Choice Awards honored lead actor Ted Danson with a trophy last year for his role as demon-turned-ally Michael.

Next up are Gold Derby’s Top 24 Users, the two dozen folks who did the best predicting last year’s winners. According to these awards gurus, it’s not even a contest as all 24 pick “The Marvelous Mrs. Maisel” to prevail. Talk about a landslide!