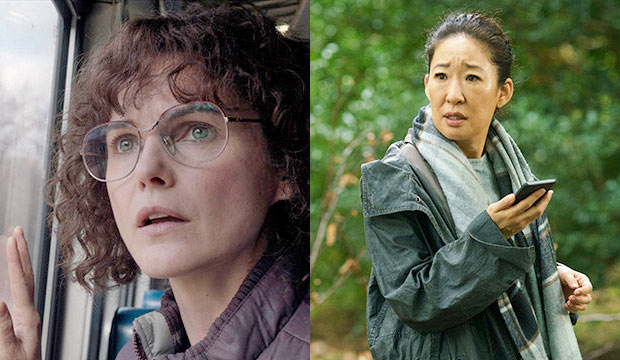 No less than eight shows are nominated for Best Drama Series at the 2019 Critics’ Choice Awards: “The Americans” (FX), “Better Call Saul” (AMC), “The Good Fight” (CBS All Access), “Homecoming” (Amazon), “Killing Eve” (BBC America),” “My Brilliant Friend” (HBO), “Pose” (FX) and “Succession” (HBO). According to Gold Derby’s racetrack odds, “The Americans” will take home its second Critics’ Choice trophy in this major category, but watch out for dark horse “Killing Eve.” The awards air Sunday, January 13 on the CW network in a ceremony that honors both film and TV.

Our racetrack odds favor “The Americans” to win its second prize here after previously claiming gold in the first half of 2015. FX’s dearly departed spy thriller just won the Golden Globe last week (its first Globe ever) and is now the pick of these four Experts from major media outlets to prevail at the Critics’ Choice Awards: Ken Tucker (Yahoo), Wilson Morales (BlackFilm),  Susan Wloszczyna (Gold Derby) and Joyce Eng (Gold Derby).

Two other Experts — Nikki Novak (Fandango) and Peter Travers (Rolling Stone) — believe that “Killing Eve” will assassinate the competition. The cat-and-mouse drama stars Sandra Oh as MI5 officer Eve Polastri and Jodie Comer as international killer Villanelle. The final Expert is Debbie Day (Rotten Tomatoes), who believes the winner will be “Homecoming,” the Julia Roberts starrer about a facility that helps soldiers transition back to civilian life.

As for our website staff Editors who cover awards year-round, all seven believe that “The Americans” will triumph for its final hurrah: Wloszczyna, Eng, Daniel Montgomery, Rob Licuria, Paul Sheehan, Chris Beachum and Marcus James Dixon.

Next up are Gold Derby’s Top 24 Users, the two dozen folks who did the best predicting last year’s Critics’ Choice TV winners. Twenty of these awards gurus are forecasting “The Americans,” while the rest are betting on “Killing Eve.”