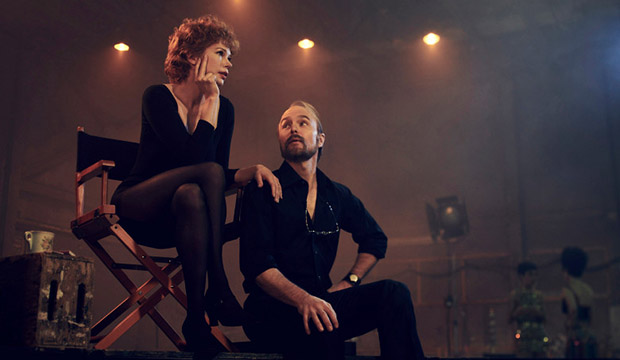 It is no secret that Bob Fosse, who won a directing Oscar for his 1972 film version of  the musical “Cabaret” that collected a total of eight trophies but lost best picture to “The Godfather,” was a master choreographer, a creator of snappy yet cynical musicals for stage and screen, an ambitious though hugely difficult genius, a world-class womanizer and an prolific abuser of cigarettes, prescription drugs and alcohol.

He knew his flaws so well that he created a semi-autobiographical ode to his distinctly masculine faults in 1979’s “All That Jazz.” His ego was so enlarged, Fosse actually staged his own death scene after a heart attack during the movie’s finale (complete with Ben Vereen dancing and singing to “Bye-Bye Love”).

It would morbidly forecast what would actually happen eight years later after he fell into the arms of his spouse Gwen Verdon, the sensational dancer of stage and screen who would act as his primary muse and collaborator, often uncredited, before a revival of “Sweet Charity” in Washington. D.C.

Therefore, it shouldn’t be news what kind of self-absorbed hedonist and user Fosse actually was. What is news, at least to those who know less about the four-time Tony-winner Verdon, is how essential she was to his life and art. That oversight is at the heart of the just-premiered eight-part miniseries, “Fosse/Verdon,” that stars Sam Rockwell and Michelle Williams as the two showbiz legends. While there are a few quibbles in each review on the site, its Rotten Tomatoes score is a healthy 85 percent.

Here is what critics are saying about the ambitious production that is the brainchild of  Lin-Manuel Miranda, Thomas Kail (director of “Hamilton”) and showrunner /writer Steven Levenson (“Dear Evan Hansen”). Most reserve their highest praise for Williams’ luminous and revelatory performance:

“Globe and Mail” reviewer  John Doyle writes: “Enter into it and the eight-part series is fabulous, a fine and sometimes searing depiction of creativity and self-destruction. It’s about a relationship and a man selfishly wreaking havoc, and yet it approaches the relationship without an easy judgement in mind. … Of course, it wouldn’t work without two superb actors committed to the lead roles. Sam Rockwell, an Oscar-winner for “Three Billboards Outside Ebbing, Missouri,” plays Fosse with a formidable command of the layers of doubt, egotism, desperation, depression and fragility in the iconic figure. … Michelle Williams plays Verdon with a wonderfully controlled sense of the woman’s total commitment to her art and craft while always standing on the edge of an emotional abyss.”

“Washington Post’s” Hank Stuever raves about Williams,  declaring her to be “so consistently good that the show really ought to be retitled “Verdon/Fosse.” From the first 5-6-7-8, the story makes clear that Fosse’s vision for his work relies on Verdon’s input and tacit approval, along with her wellspring of confidence in him — to such a degree that it overshadows her career. As she tires of his mood swings, substance abuse and chronic adultery, their marriage doesn’t survive the experience of making “Cabaret”; he moves out and they separate (although they never divorced).”

“Wall Street Journal’s” Dorothy Rabinowitz also lavishes praise on Williams, describing her performance as  “exquisite”:  An irresistible presence throughout, in a role that calls, continually, for masked feelings, a pretense that falls to other women in Fosse’s life as well, particularly his wives, each of whom meets her successor—her husband’s new love interest.”

Others are less satisfied with the miniseries’ approach to its subject matter. As reviewer James Poniewozik writes in the “New York Times”: “There are the seeds of an intriguing story here, about the compromises of artistic partnership, particularly for the women who end up effacing themselves for the comfort and success of the men in their lives.” However, he adds, “This series tap-dances as fast as it can, often stunningly. But look past its sleek moves and what you’re mostly left with, in a #MeToo era, is another #HimAgain? story.”