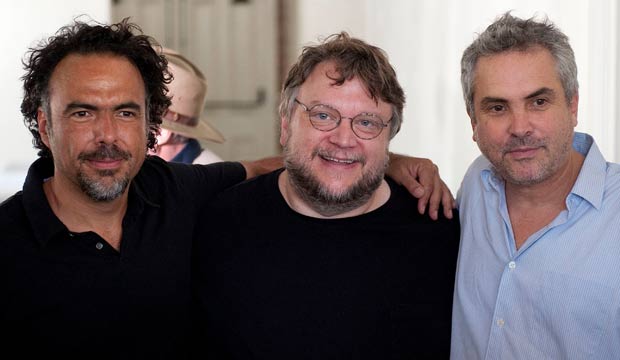 It should be no surprise to anyone who cares about the state of Hollywood-produced movies that the tight-knit trio of Mexican-born filmmakers known fondly as the Three Amigos is pretty much setting the standard for the art of cinema these days. Alfonso Cuaron, Alejandro G. Inarittu and Guillermo del Toro all  have been rewarded handsomely for their efforts with a shared bounty of Oscar gold as their films have gathered 22 wins and 81 nominations to be exact.

Cuaron, 57, just added significantly to that last count this week when his ground-breaking “Roma” tied with “The Favourite” for the 2018 movie with the most Academy Award nominations with 10 each.

But the most important number is four. That is how many times the trio have scooped up Oscar gold in the directing category this decade. Cuaron, who is up for a second time, is already a favorite, with 12 out of 15 Gold Derby Experts putting him at No. 1, and is expected to up the combined total to five. Inarittu, 55, first got the ball rolling when he became the first Mexican-born director to compete for an Academy Award  for 2006’s “Babel.” He would lose to Martin Scorsese, who won his first-ever directing Oscar for “The Departed”

Cuaron took it up a notch in 2013 with his ambitious 3-D space odyssey “Gravity,” which focused on only two actors, Sandra Bullock and George Clooney, as astronauts stranded in space, and won as director. He also avenged Inarittu’s previous loss by beating Scorsese, who was competing for “The Wolf of Wall Street.” It was Inarittu’s turn again when he won for his 2014 showbiz fantasia “Birdman,” which also took Best Picture. He would triumph again the next year with the grueling outdoor survival tale “The Revenant,” but lost Best Picture to “Spotlight.” Then it was del Toro’s chance to shine with his 2017 Cold War romantic fantasy, “The Shape of Water.” The 54-year-old won both director and picture.

Just because they are countrymen doesn’t mean they speak the same cinematic language. Cuaron’s films have heart and a sense of melancholy, Inarittu’s output embraces manly grit and del Toro possesses a nostalgic love of fairy tales, spooky tales and pop culture.

Here is how each of their Oscar nomination totals add up by film: