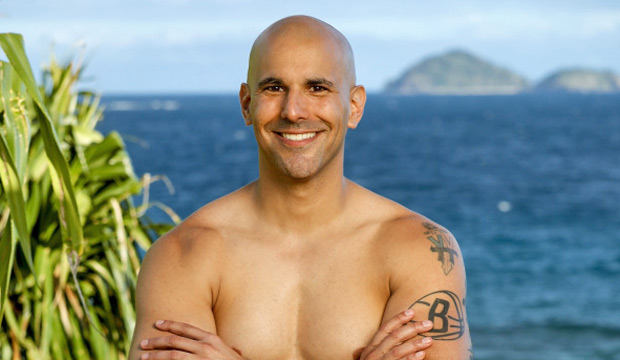 After being voted out of the 11th episode of “Survivor: Edge of Extinction,” Dan “Wardog” DaSilva made the easy decision to take the torch and head to Extinction Island where he’ll soon have a chance of re-entering the game. Even though he was betrayed by new alliance member Ron Clark, Wardog explained in his exit interview at the end of the show that he had no hard feelings. “Ultimately it came down to Ron tonight. Ron did well, because I would have voted me out too,” Wardog readily admitted.

SEE‘Survivor’ 38: Who has the best winner’s edit of the 8 remaining players not on Extinction Island?

Wardog became Enemy #1 at camp after last week’s ruthless blindside of his closest ally, Kelley Wentworth. He tried his best to create a power trio that included two other big targets — Ron and Rick Devens — but in the end Ron decided to side with the larger group and take out Wardog while he had the chance. At tribal council Wardog and Rick voted for Aurora McCreary, while Ron, Aurora, Gavin Whitson, Victoria Baamonde, Julie Rosenberg and Lauren O’Connell voted for Wardog.

“So I’m at the Edge of Extinction right now,” Wardog said after being voted out. “I don’t know how long I’ll be here, but I can’t have any regrets happen. Everything is a growing experience. Everyday you’re here you’re closer to winning the game, even if it feels like you’re taking a step back.”

SEEWho will win ‘Survivor: Edge of Extinction’? Lauren O’Connell has best odds, but watch out for Victoria Baamonde, Rick Devens

When he first stepped foot onto Extinction Island on Night 29, Reem Daly, the deserted island’s original inhabitant, greeted him with her trademark grumpy stare. “Listen, dude, you can bet your rear end you’re gonna get it tomorrow from me, just so you know,” she warned him.

Besides Reem and Wardog, the other members of the “Survivor” graveyard who are hoping for a second chance at returning to the proper game are Chris Underwood, Aubry Bracco, Joe Anglim, Eric Hafemann, Julia Carter, David Wright and Kelley. Since next Wednesday will feature the highly anticipated loved ones visit, it’s unlikely the Extinction Island challenge will take place in that episode. Maybe the week after?