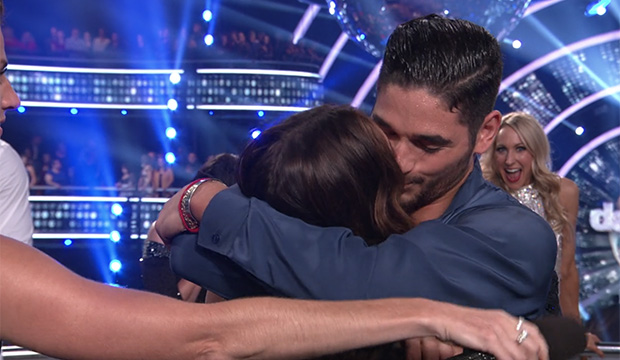 After Alan Bersten revealed that he and Alexis Ren are no longer speaking following the end of their “Dancing with the Stars” showmance, would you really be surprised to learn that the breakup didn’t go smoothly?

“She is a beautiful person, in and out, but that didn’t end up so well,” Bersten shared on “Dancing” alum Jana Kramer‘s podcast “Whine Down.” “So we’re not dating anymore for anyone asking.”

Bersten didn’t reveal any specifics about the breakup, but he shed some light on another aspect of their short-lived relationship. In the episode, released Thursday, Kramer and her guests discussed body image, the pressures of social media, and posting certain photos to get that dopamine kick from likes. Kramer asked Bersten what he thought of Ren, whom Kramer called “the Instagram model,” posting revealing shots of herself.

“We met on the show, and that is her whole career. She is a social media influencer. How could I tell her whether she should post something or not?” Bersten said. “You know, that’s not my duty as a boyfriend. I personally am a super private person, so I don’t like that. I post some shirtless selfies here and there. Who doesn’t? … But who am I to tell someone not to post that? So I’m sure she feels really good when she gets this awesome, positive feedback from millions of people, as do I. But is that healthy to get that reinforcement from people?”

Did they split because of their vastly different approaches to Instagram? Or because the “Dancing” season was over? Who knows. But Instagram of course is not the first instance of Ren oversharing and Bersten not wanting to share at all. Their whole contrived showmance started out of nowhere when she confessed she was “developing feelings” for him. Bersten eventually reciprocated those “feelings” and they kissed during that ridiculous horseback riding date, but he was always visibly uncomfortable whenever the topic was broached.

Their relationship ended in December, two weeks after Season 27 wrapped. Last month, Bersten revealed he hadn’t spoken to the “Sports Illustrated” model in a while and vowed he won’t have a showmance again. “No more showmances for me,” he said. “I’m done!”