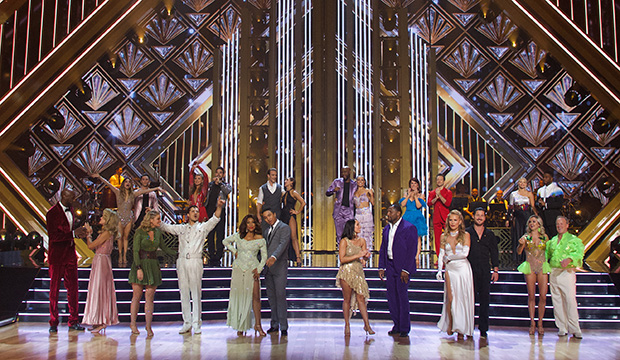 “Dancing with the Stars” is not done with its tricks up its sleeve. After withholding the partnerships (though not very well) until Monday’s premiere, it’s now teasing a “big format change in voting” that will be revealed during Week 2. So what is it?

First, to recap what we do know: ABC has already announced a new voting system for this season, which will be live-voting during the broadcasts. That just means everyone in the country can vote, via text and online, during the live Eastern and Central broadcasts, but fans in the Mountain and Pacific time zones have to vote blind. Voting starts in Week 2, during which the Week 1 scores will be combined with the Week 2 scores and live votes, and we’ll have our first elimination. All subsequent weeks will follow the “scores plus live votes” formula. This means no more overnight voting.

Now, here’s where the new tidbits come in. In a press release teasing Week 2, ABC reiterated the new voting system and then confirmed that the bottom two will be revealed during the episodes. This, of course, differs from “Dancing’s” former tactic of revealing the “two couples in jeopardy,” which, for some reason after 27 seasons, some people still think is the actual final two, even though Tom Bergeron repeatedly states they’re not necessarily the bottom two. But that’s neither here nor there now.

And then there’s the release kicker: “And for the first time in ‘DWTS’ history, a big format change in voting will change everything and will be revealed during the broadcast.”

What’s the change? Surely, it is not the live-voting since, you know, they’ve already announced it and repeated it, but stranger things have happened with this show. Our best guesses? It’s a dance-off between the bottom two, which they’ve done in various episodes before. Or it’s a judges’ save, but that’s not a “big format change in voting.” Then again, we may be giving them too much credit for semantics here.

Or maybe “Dancing” will have its own version of Last Chance Kitchen/Redemption Island/Battle Back, where the first couple of eliminated pairs compete for a chance to return to the dance floor. This is a fun idea, but it’s probably not easy to convince a bunch of famous people with day jobs to hang around in dancing purgatory just in case they make it back into the competition. And then there would be the few who would be eliminated a second time, which is an indignity no one wants to suffer.

Now watch it just be the live-voting thing.