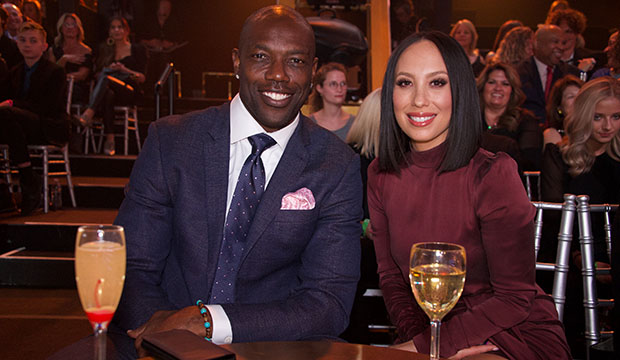 Had Cheryl Burke been on the “Dancing with the Stars” judges’ table this week, the scores would have looked a whole lot different. In her “Us Weekly” blog, the two-time champ shared that she was not totally on board with how the leaderboard shook out.

With Leah Remini as a guest judge, there was a four-way tie for the top spot as Ally Brooke and Sasha Farber, Kel Mitchell and Witney Carson, Hannah Brown and Alan Bersten, and Lauren Alaina and Gleb Savchenko all scored a 32. On the other end of the spectrum, Lamar Odom and Peta Murgatroyd, who were eliminated, managed a 20. And then there’s James Van Der Beek and Emma Slater, who nabbed a 28 and have low-key been getting underscored since they topped the leaderboard in Week 1.

Burke, however, doesn’t have major issues with the numbers because the judges have video close-ups of the routines to aid their assessments. “The judges do have screens that they look at, so they see the camera shots at the judges’ table. I only saw one view,” Burke, who was in the audience Monday night to cheer on her bestie Remini, said. “I thought everyone really did a stand-up job, regardless of the technique. I thought everyone came out there and they all had hunger in their eyes. They were determined to get it and it was just like a friendly competition.”

While the regular judges have been far more strict this season, Remini was anything but, commiserating with the celebs who had no dance experience and doling out a very generous 7 for Odom, who got a 5, 4 and 4 from everyone else. It didn’t sit well with some fans, along with her lack of ballroom expertise, but Burke believes it’s necessary to have a voice of the people on the panel sometimes.

SEE Why the hell do the ‘Dancing with the Stars’ judges keep underscoring James Van Der Beek?

“I love Len [Goodman], but I also love that she was the people’s voice and I could hear that in the audience. What was cool to witness was that you could hear them backing her up,” she stated. “People don’t understand. It is a show and all that, but also, these people have no dance experience and the turnaround on this show is so fast and so sometimes with the negative, you do need to be positive.”

Burke, who’s been open about her judging aspirations on the show, also revealed that she had a “great” meeting with the producers to discuss how she could remain involved for the rest of the season after being forced to withdraw last week due to Ray Lewis‘ injured toe. So maybe in a few weeks, she’ll be whipping out those paddles herself. “I just want to get in there and do something. I wish I could just do something, whatever role that is, you know what I mean?” she said. “Like I just want to be involved. I haven’t heard anything yet; hopefully, we’ll be hearing something soon.”