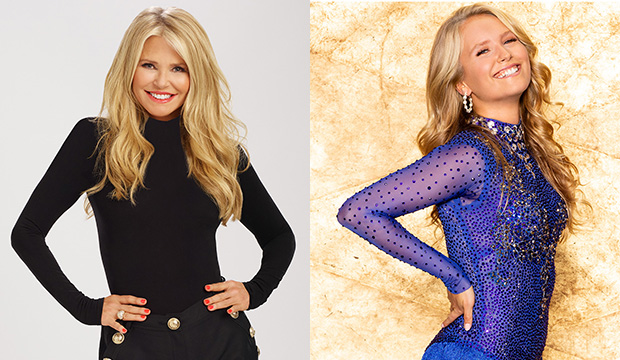 “Dancing with the Stars” has undergone a cast shakeup — and no, we’re not talking about Artem Chigvintsev and Sharna Burgess. Christie Brinkley has dropped out due to injury and will be replaced by her daughter, Sailor Brinkley-Cook, for the 28th season, which premieres Monday.

The supermodel injured her arm and wrist during rehearsals and requires surgery, according to a statement from ABC. “While rehearsing for the premiere of ‘Dancing with the Stars,’ Christie Brinkley suffered injuries which required surgery to her wrist and arm. She is unable to continue her planned participation on the show,” the statement read. “Keeping it all in the family, her daughter Sailor Brinkley-Cook, a ‘Sports Illustrated’ model, has chosen to quickly step in with hours to learn the entire routine and will compete in her mother’s place for the remainder of the season. We wish Christie a full and speedy recovery and look forward to seeing her in the audience, whenever possible, proudly supporting Sailor.”

Brinkley-Cook, 21, is Brinkley’s daughter with ex-husband Peter Cook. And apparently she fit perfectly into her mother’s costume that it didn’t need to be altered, she told “Good Morning America” on Monday. “I’m doing this mostly for my mom! I just want to make her happy and make her proud,” she said. “She loved doing this, she loves dancing and she loves performing and getting hurt was her worst nightmare.”

This is not the first-time “Dancing” had to whip up a last-minute replacement because of injury. Melissa Rycroft stepped in for Nancy O’Dell, who tore her meniscus, two days before Season 8 began; she finished third and then won the all-stars outing in Season 15. In Season 2, Master P replaced his injured son Romeo, and the less said about the rapper’s performance, the better. Romeo later competed on Season 12, placing fifth.

Now, no offense to Christie Brinkley, who does not look 65 at all, but this is a major coup for her former partner, who will officially be revealed on the premiere (click here if you want to know), to now be paired with a young, fit and psychically capable partner.

“Dancing with the Stars” premieres Monday at 8/7c on ABC.