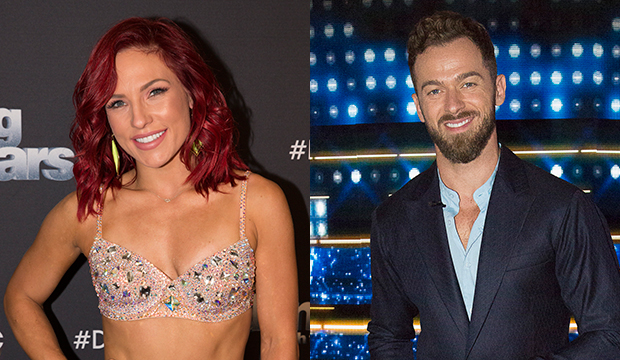 “Dancing with the Stars'” loss is “So You Think You Can Dance’s” gain. Sharna Burgess and Artem Chigvintsev, who were cut from the upcoming 28th season of “Dancing,” are choreographing a routine on the rival Fox dance series.

“I’m about to head to my second rehearsal for ‘So You Think You Can Dance’ because, yes, I’m choreographing this week,” Burgess revealed in her Instagram Story on Tuesday. “But guess what? It’s not just me. I’m choreographing with Artem. We have teamed up, and we are doing a routine.”

Burgess didn’t offer any more details, like when it would air, but it’s likely this coming Monday, Sept. 9 (it would be something if it were in the “SYTYCD” finale, which airs Sept. 16, aka the date of the “Dancing” premiere). “I can’t tell you what it is. Can’t tell you who it’s with. But I can tell you it’s a lot of fun, and you definitely shouldn’t miss out on it. We have our second rehearsal today and then after that, dinner with friends,” she said. “It’s been a good few days, guys.”

Burgess’ upbeat ‘tude comes two weeks after she — the defending champ who’s been on since the 16th season — and Chigvintsev were dropped from “Dancing,” a move that was most definitely not their choice. Chigvintsev has since revealed that producers were evasive with information before telling him five days before the cast announcement that he wouldn’t be returning, and that Burgess was “even more shocked” that she was cut.

Burgess headed to Burning Man for 10 days to decompress with no cell service, and now is happy to be back, rejuvenated and working. She had a “hot lunch date” with Tom Bergeron on Tuesday that involved a photo booth. “If ‘making lemonade out of lemons’ is a proverb about resilience, this dynamo has plans for some very creative lemonade stands,” Bergeron wrote on Instagram.

Lunched & laughed with @sharnaburgess today. If “making lemonade out of lemons” is a proverb about resilience, this dynamo has plans for some very creative lemonade stands 😉😘

“It’s definitely good to be back working. I’m so excited for the things that are possibilities right now,” Burgess said in her Story. “It’s wild that one door closes and then something else opens and opportunities appear, and how the universe works in really wonderful, mysterious and magical ways and you just have to trust it.”