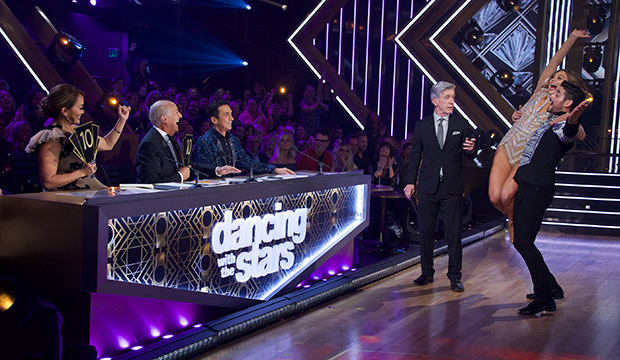 You may not have been surprised by Hannah Brown‘s “Dancing with the Stars” victory — she was the odds-on favorite after all — but Carrie Ann Inaba sure was.

“It’s not what I expected,” Inaba told “Us Weekly” of the results. “But this whole season has been filled with ups and downs and unexpected twists and turns. I think, always, the right person wins on ‘Dancing with the Stars’ because it’s a collaborative vote between the judges’ scores and the audience. And what the audience says is very important and we honor it.”

Interesting choice of words considering the judges overrode what the fans were telling them three times this season by saving someone, Ally Brooke, who was clearly and unfortunately not bringing in the votes. But it is true the show honored the fan vote on the finale by having the winner be determined the usual way through combined scores and votes rather than have the judges pick. (Because you know that pick would’ve been Brooke.) The singer had the top score of the night, a perfect 60, and finished third. Kel Mitchell was second and Lauren Alaina was fourth.

When Brown and Alan Bersten‘s names were read as the winners, Inaba said that “a lot of people were shocked” in the ballroom. “I’ve never felt that from the ballroom when a winner was announced like tonight,” she shared. “I think Hannah has had a really challenging journey, but I think in the end she rose, and I’m really proud of her.”

Brown and Inaba had a somewhat testy relationship on the show, with the former Bachelorette feeling like Inaba was harsher on her than on others. Inaba said during rehearsals last week that her intention is never to be an “adversary,” and Brown apologized on the live show, after which they hugged it out.

Still, the judge can’t adequately explain why the result was shocking to her. While she says she didn’t have a “specific idea” of who she thought would win, she knew all four finalists and James Van Der Beek, whom the judges booted last week over Brooke, were deserving. “I just knew that all four — and even all five, actually, even James — could have been up here and it would’ve been great to see anybody win,” she said. “It was just, for some reason, I don’t know why that was shocking.”