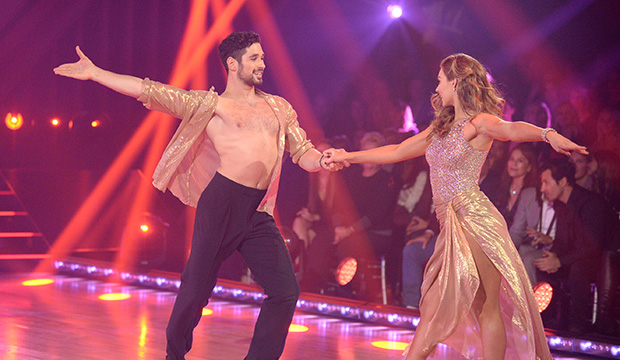 Alan Bersten teased that he and Hannah Brown will have a “fire” dance on the “Dancing with the Stars” finale, but he completely buried the lede here because it will also feature the return of her alter ego Hannah Beast.

“Hannah has a really very intricate and fun routine for the freestyle. It’s empowering, girl power and it’s super strong. It’s the Hannah Beast, but in an evolved way,” Bersten told “Entertainment Tonight” about their final number.

The last time Hannah Beast was unleashed was on Week 4, when Bersten took the former Bachelorette to a rage room so she could learn to channel all her anger for an intense paso doble and wipe her trademark smile off her face. It didn’t completely work as Brown grinned from ear to ear at the beginning of the routine, but we’re guessing that won’t be an issue for their freestyle.

Brown added that the routine will reflect what she’s learned from everything she’s been through. “To, like, own the woman that I am, and to really be confident in that,” she said. “This experience has really tested my confidence and helped it in a lot of ways, but also put it to the test.”

The pair will also redo their Viennese waltz from Week 2 that originally scored a 24. “I’m really happy with the dances we have this week. I feel like they showcase Hannah in the best way, and she really rises to the occasion,” Bersten said.

While they both acknowledge that all four finalists deserve to win, they can’t help but envision themselves with their hands on the Mirrorball trophy. “I just want to hold the thing in the air and people have me up in the air,” Brown shared. “I feel like it would be such a full circle thing if I could have my happy ending here, with a trophy in my hand and celebrating together. Wouldn’t that be so awesome?”