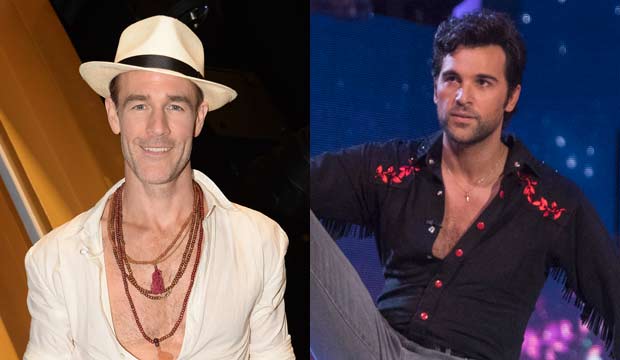 Surprise eliminations on “Dancing with the Stars” are commonplace these days with passionate fan bases completely overriding the judges’ scores. So I’d love to see the show cast another all-stars season, but this time focused on the celebs since season 15 (their last all-stars edition) who, quite frankly, got screwed in their initial appearances on the show. We asked readers which celeb who was ousted early in recent years most deserves another chance at the Mirror Ball Trophy. And the results were crystal clear. Scroll down to see who fans voted for.

A whopping 70% of the vote went to just two former “DWTS” cast members, and by far the most support went to James Van Der Beek, the “Dawson’s Creek” actor who looked like he would win season 28 this fall only to be shockingly eliminated during the Semi-Finals right after his wife suffered a tragic miscarriage. He alone was backed by almost half of our respondents (47%).

But fans also thought “Fuller House” actor Juan Pablo Di Pace got a raw deal: 23% said he most deserves a comeback. He competed in season 27 — the infamous Bobby Bones season — and not only did he not win the Mirror Ball Trophy, he was sent home in fifth place despite having the best judges’ scores of the entire season.

SEEWitney Carson on ‘Dancing with the Stars’ being a popularity contest: ‘That’s just something that you have to know’

No one else in our poll even cracked 10%, but Elizabeth Berkley placed third with 7% of the vote. The “Saved by the Bell” and “Showgirls” actress had the third best scores of season 17, but she was ousted in sixth place. And rounding out our top five with 6% apiece are figure skater Charlie White, who was overshadowed by Olympic partner Meryl Davis in season 18, and actress Alexa PenaVega, who was dismissed early in season 21.

Do you agree with me that “DWTS” should launch a second-chance season? And if so, should Van Der Beek and Di Pace be the first to get a callback? 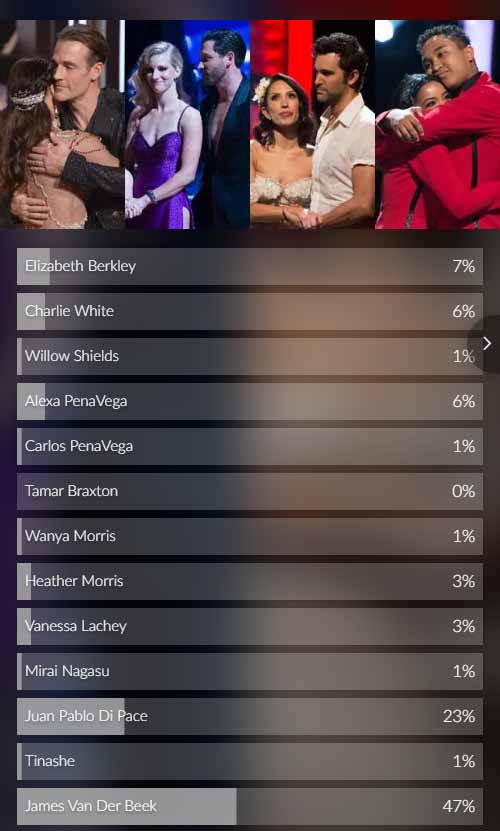 Which 'American Idol' runner-up did YOU say was robbed? The votes are in and it wasn't even close [POLL…

'The Masked Singer' spoilers: The White Tiger is ...

'Survivor' 40 episode 8 recap: Who was voted out after merge in 'This is Where the Battle Begins'…