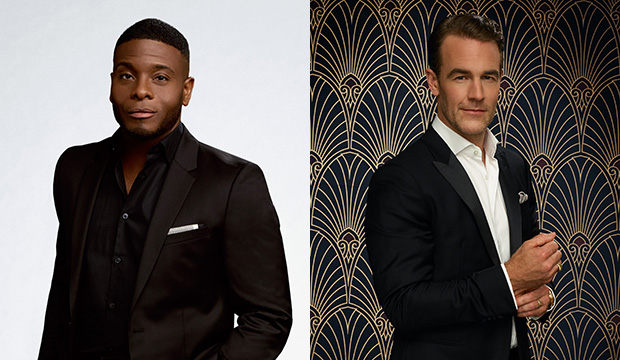 The Beek may be up a creek with the Mirrorball trophy soon. After Hannah Brown and Ally Brooke have both said James Van Der Beek was the one to beat on “Dancing with the Stars,” Kel Mitchell is now saying the same.

Mitchell revealed that the actor sometimes rehearses by himself before his partner arrives. “Shout-out to James. That was a surprise I did see, which I thought was very, very cool, that he was in there before his partner got there,” he said. “He’s definitely in the zone.”

The “All That” star is also very well aware of Van Der Beek’s previous “Dancing” stint by way of “Don’t Trust the B— in Apartment 23,” on which the fictional James Van Der Beek had a disastrous debut dance after getting accidentally drugged. “Definitely this version will go a lot better,” Mitchell quipped.

Previously, Brown had teased that Van Der Beek “is going to be great,” while Brooke said that the “Dawson’s Creek” star gave her a sneak peek of his sweet moves. “He showed me some moves today … and I’m like, ‘OK, I’m watching you, boo,'” she said.

Van Der Beek is currently in third place in our early odds, led by “American Idol” alum Lauren Alaina, but with these kinds of endorsements, don’t be shocked if he dethrones her very soon. Brooke is in second, while Brown is in fifth and Mitchell is in sixth.

Mitchell, who revealed that his first dance is the tango, also shared that he’s “loving” the “Dancing” experience so far and he has new respect for ballroom dancers. “I can’t tell you who my partner is yet, but she’s awesome, an awesome coach. Our first dance is tango and it’s no hip movements or stuff that I’m used to, so shout-out to all ballroom dancers,” he said. “I have so much respect for them. I am feeling muscles I’ve never felt before. It’s some serious, serious technique that needs to be learned. It’s awesome.”

“Dancing with the Stars” premieres Monday at 8/7c on ABC.