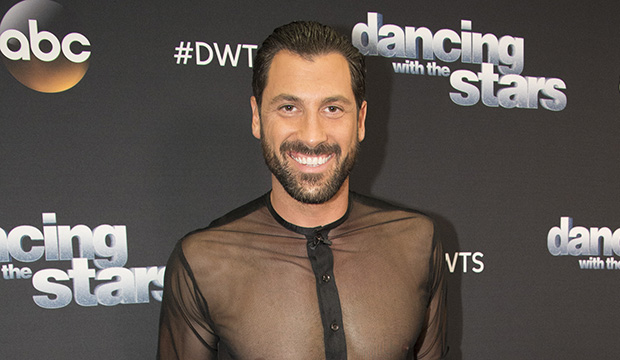 Maksim Chmerkovskiy won the 18th season of “Dancing with the Stars” with Meryl Davis, but he still thinks about the one that got away. That would be 13 seasons earlier, when he and Mel B came in second place.

“I was so disappointed,” Chmerkovskiy tells the spring issue of LaPalme magazine, in which he and wife Peta Murgatroyd have a photo spread. “I thought I had her at a good time, she was in incredible shape, before her marriage problems and she was there to work. We were crazy with our work schedules and we even had to learn routines in parking lots. But alas, we came in second.”

The two were frontrunners from the start and had the highest average score of the season, but they were edged out by Indy 500 champ Helio Castroneves and Julianne Hough. The Spice Girl had a one-point advantage over Castroneves, but he had the backing of the fans.

That was Chmerkovsky’s first runner-up finish. He came in second again in Season 12 with Kiristie Alley and also has two third-place finishes with Laila Ali (Season 4) and Erin Andrews (Season 10). With his long-awaited triumph in Season 18, Chmerkovskiy had planned to go out on top and make that his last season on the show, but he returned for the 23rd, 24th and 25th installments.

While Murgatroyd, a two-time “Dancing” champ, has expressed interest in returning for the upcoming 28th season this fall, Chmerkovskiy has been saying for more than a year that he’s now done as a pro, but would like to be a judge.

“The most incredible thing about the show and the reason it has lasted is because three generations of families can all sit and enjoy the talent,” he says.